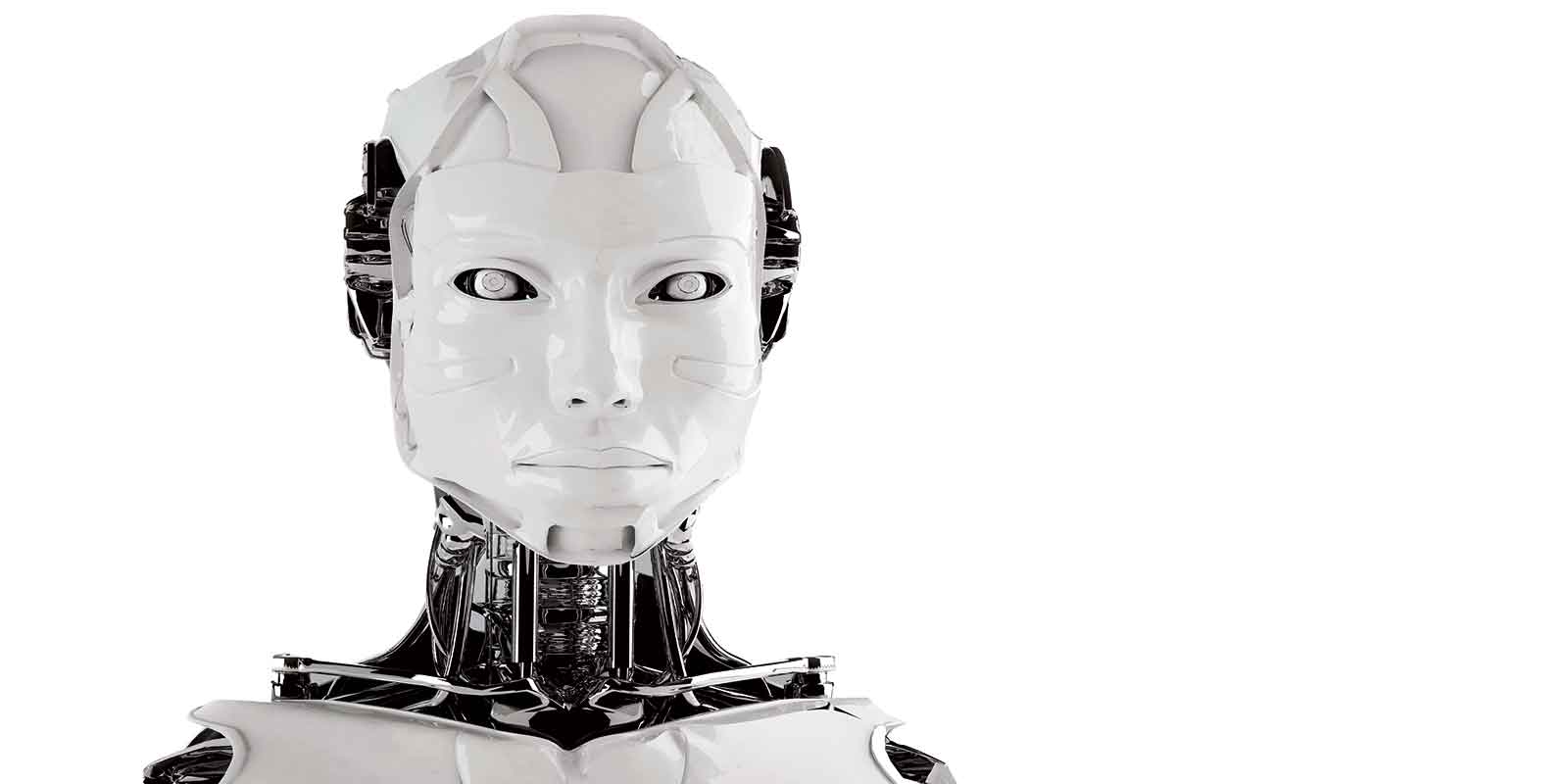 Technology is transforming more than your products and processes —
it’s changing your workforce.

And with them, they are bringing big questions for Prairie manufacturers: What will Industry 4.0 need in an employee? What happens to the jobs of today in a world dominated by artificial intelligence and automation? What skill sets will grow in demand over the next decade as companies race to harness a new era of global opportunity?

Estimates suggest more than 40 per cent of the tasks currently performed by humans can already be automated. In the past, robots were used to replace highly repetitive manual tasks, such as packaging or welding on large-volume production lines. Now, using advanced sensors and computer algorithms, automation is moving higher up the value chain, performing exceedingly complex cognitive functions in real time. In 2014, Hong Kong-based venture capital firm Deep Knowledge even appointed a robot named Vital to its board of directors — becoming the first business in the world to do so.

These shifts have captured the attention of the World Economic Forum (WEF). Published just this past March, the WEF released a white paper that outlined five technologies considered disruptive, and which loosely form the umbrella concept of automation: The ‘internet of things,’ artificial intelligence, advanced robotics, enterprise ‘wearables’ (including augmented and virtual reality), and 3D printing.

The report also framed three fundamental questions for consideration: What are the specific tasks, skills, and job families in future production systems? What are the curricula, labour, and training policies that government and companies need to collaborate on to develop the new workforce? And, what policies need to be put in place to support disruptions within the current workforce?

According to Jayson Myers, the former CEO of Canadian Manufacturers & Exporters and one of the country’s foremost authorities on industrial change, these questions are nothing new.

“We have been asking these same questions for 35 years,” says Myers, who now runs a strategic consulting practice. “Technology, however, is changing products, processes, and businesses faster today than ever before. Understanding how to implement those technologies and develop new business models to operate successfully — that’s a vastly different kettle of fish than in the past.”

Managing these changes, he adds, will require workers with a combination of technological skills and — perhaps more importantly — soft skills, including multi-tasking, critical thinking, project management, and communication.

Myers agrees, maintaining that success will start with the ability to see the big picture.

“The most urgent skill is strategic thinking from the management level,” he says. “The same is true for new hires on the factory floor. Workers won’t be able to focus on one small piece of the process anymore — they will need to think about the wider system.”

Automation is continuing to leave its mark on the manufacturing labour pool. South of the border, approximately 6.5 million jobs — equivalent to one-third of the workforce — have been lost over the past two decades. In Canada, meanwhile, the projection is around 700,000 lost jobs, or one-quarter of the manufacturing workforce.

But that does not necessarily mean the robots have been kicking blue-collar workers to the curb. A surge in baby boomer retirements has forced many companies to turn to automation to bridge a continent-wide skilled talent shortage. As a result, the demand for technologists, analysts, and engineers, who can support and enhance automated environments, has boomed.

“Losing long-time employees is expensive for manufacturers, yet it also provides the groundwork for generational change,” explains Myers. “As managers retire, new managers come in looking at automation and understanding it much better than the old guard. Because it is so difficult to find good people, one way of competing is by automating.”

Norseman Structures is one of those companies vying to sharpen its competitive edge.

Located in Saskatoon, Norseman manufactures fabric-covered buildings for North American and international markets, from carports and quonsets to large, custom commercial products. Their diverse team constructs the buildings as well, routinely encompassing mechanical and electrical installation and the pouring of concrete foundations.

“We need people with expanded skill sets, who are able to perform a multitude of work paths,” exclaims Chief Operating Officer Kevin Dow. “We need flexibility — people to deliver critical thinking, who can make decisions on their feet, and who can manage more sophisticated, computer-controlled equipment, be it lasers or robots.”

While Dow is bullish on Norseman’s plans for increased automation, he recognizes it is often a ‘chicken or egg’ conundrum, especially for small- to mid-sized manufacturers. Stiffening economic pressures are putting heat on companies to invest in process efficiencies, although justifying the capital expense means first strengthening customer bases in a climate of swelling competition.

Then there is the question of whether it is the right tool for the right problem.

“Manufacturing in Canada is significantly under-capitalized as far as automation is concerned,” says Dow. “There are certainly challenges in terms of the types of manufacturing we do in Western Canada, compared to the automotive industry or some of the other higher-volume manufacturing sectors. Many companies here are more focused on fulfilling smaller-volume, specialized market niches.”

If a tree falls in the forest and no one is around to hear it, does it make a sound?

Or, in the case of manufacturing: If the demand exists but no one is trained to meet it, can we still call it a job?

Producing workers with the right mix of technical competency and soft skills preparedness to lead the digital economy is the challenge of the 21st century for Canada’s education system. Primary and secondary schools are racing to add courses in coding, robotics, and design technologies, while post-secondary institutions are aligning more closely with employers to redefine the applied learning experience.

For Nobina Robinson, the president and CEO of Polytechnics Canada, it all starts with understanding the need.

“Up to now, we’ve been fairly narrow in our understanding of the kind of talent we need, limiting development to the drive for more university graduates,” says Robinson, noting that recognition of competencies needs to supersede merely credentials. “Both the technical and human cognitive skills will grow in demand, but in different ways applied to [evolving] technologies.”

“The biggest challenge we have as learning institutions is getting demand-side data,” imparts Scarlett. “How many coders do we really need? How many people will need to service electric vehicles? We haven’t invested enough in labour market forecasting. Statistics Canada hasn’t updated its occupational codes, and the federal government is not modernizing its labour market information systems.”

One of the most effective mechanisms for institutions to gather input is through program advisory committees. These groups, comprised of representatives from industry, help schools anticipate trends, develop or refine curricula, and remain relevant to employers.

They have proven invaluable to NAIT in its efforts to equip manufacturers with the best and brightest. The launch of its ‘trade-to-degree’ program, whereby tradespeople can obtain a bachelor of business administration degree, is a prime example of feedback in action.

“Many programs now train people to be strong technically, but it’s the overlay of technical knowledge along with the technical data that is really going to set apart the students who are going to have strong career paths,” says Scarlett. “Students need to think about how to become involved in data analytics, supply management, logistics, just-in-time, automation — all of the things that are becoming front-and-centre. It’s no longer going to be what we think of as ‘traditional’ manufacturing.”

Indeed, times are a-changing; and workers will be forced to adapt at a pace equal to or greater than those training them.

Fortunately, Canadians have demonstrated their flexibility.

During the oil boom, workers moved in droves to the Wild Rose Province, and then back home or on to other jurisdictions when commodity prices softened. And in the thralls of the 2008-09 financial crisis, a record number of adults returned to school to ‘upskill’ or retrain altogether.

It’s a familiar conversation. People have been concerned about changing technology since the time of Aristotle. Few who witnessed the birth of the Industrial Revolution could imagine most of the jobs available today. The tricky part is to not succumb to hype or overestimate the impact of inevitable change.

“Manufacturing will not disappear,” assures Robinson. “It will push into new areas and domains that offer manufacturers new markets and opportunities. But the new manufacturing jobs will not be the same ones lost during the Great Recession. There is no way back to the legions of manufacturing jobs that only required high school education.”

Back in Saskatoon, Dow believes the onus is now on manufacturers themselves.

“It is incumbent on all companies like mine to invest in our people,” he says. “People will always be the key.”

We’re all conversant with the acronym STEAM — shorthand for the academic disciplines of science, technology, engineering, arts, and math, and what is often referred to as the basis of the new economy.

But should those broad categories be our entire focus? Using that same acronym, here are five more emerging manufacturing skill sets I believe will accompany the traditional STEAM framework demand in the years ahead:

Software is quickly becoming the nucleus of product and process innovation. From testing, design, and monitoring applications, to being incorporated as a core driver of the customer solution, the ability to code, debug, and integrate physical systems will be (if it not already is) a golden ticket for career success. Think of autonomous agriculture, automated production, and disruptive technologies like 3D printing — these advances are built around software engineers, and we are not producing nearly enough of them.

The Donald Trump phenomenon aside, globalization isn’t fading away. Even if you are only selling domestically at the moment, surviving the next half-decade will require you to be globally literate. Being up-to-speed on concepts related to foreign exchange management, hedging, customs, regulatory compliance, and the different types of trade insurance are paramount to profitability. If you don’t have the know-how internally, solidify excellent partnerships with trusted advisors.

Doug Hall, CEO and founder of Innovation Engineering and the Eureka! Ranch, often reminds business executives that success is generally rooted in failure. The hinge is to fail fast and fail cheap. As the cost of being in the marketplace spikes, there will be renewed pressure to hit a home run every time you step to the plate. That carries the risk of stifling great ideas out of fear of striking out. Prosperity will belong to the bold, who build a culture of creativity, and who have a system of innovation to speed up commercialization and reduce cost.

Data without context is like with a car without wheels: Sure, it’s there, but it ain’t going too far. Manufacturers today are able to generate volumes of information, encompassing product performance, plant efficiency, quality control, customer satisfaction, and everywhere in between. What you do with that data, however, is what will separate you from your competition. Telling a good story and making sound decisions based on data is not as simple as it sounds — make sure you have people who do it well.

How do you reach your customers today? How did you 10, 20 years ago? Push marketing has been replaced by experiential marketing. Virtual and augmented reality are now tools you need to care about. And I’m not just talking VR goggles and a smartphone, either. I sat in on a panel discussion this past April on the future of construction innovation. There, a division manager for PCL Construction Management predicted the biggest shift in the industry over the next decade will be gamification. Manufacturers, it’s coming for you, too.