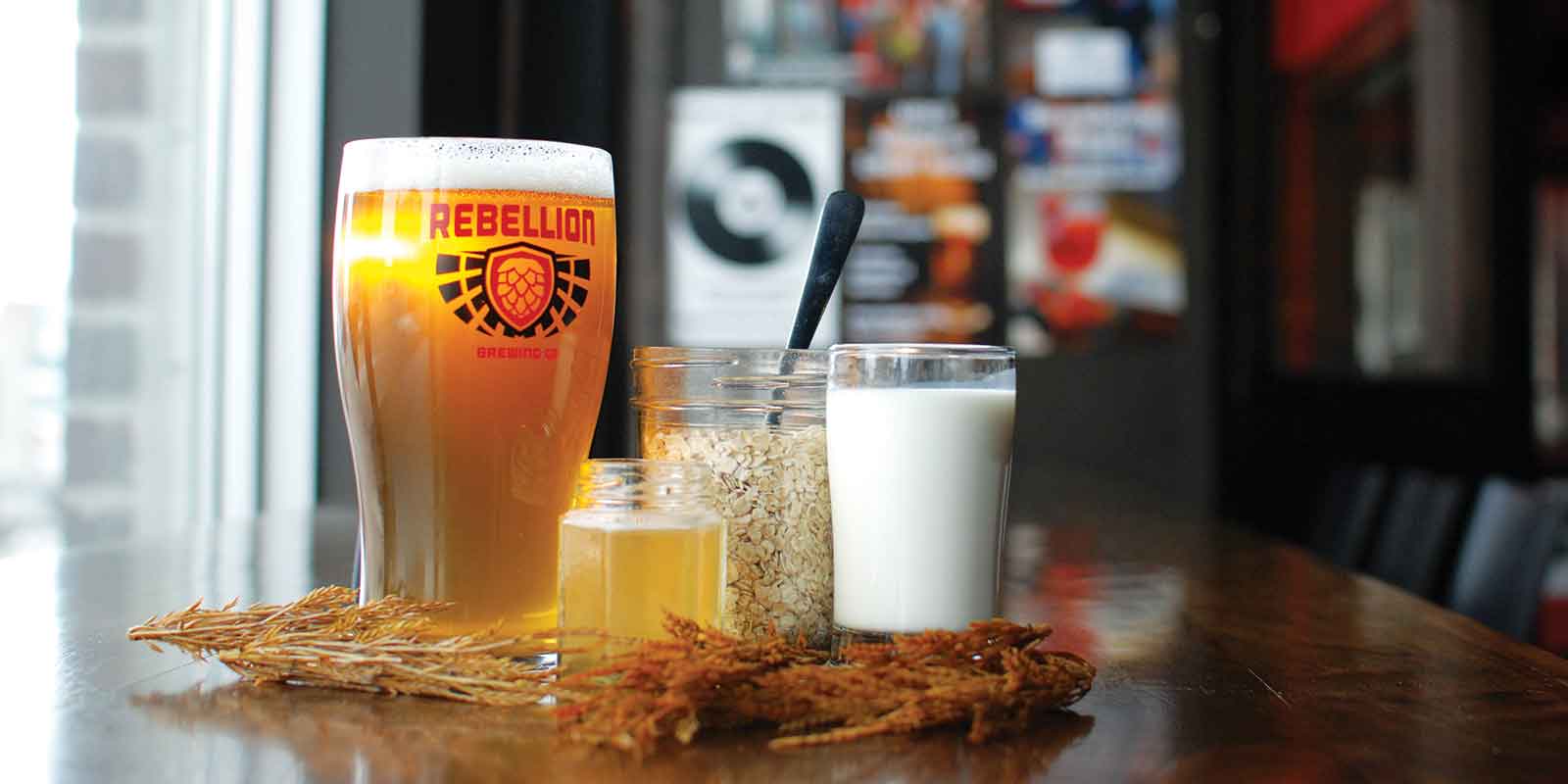 Earlier this year, the Queen City was named to the list of the top 30 beer destinations in the world, joining the likes of Dublin, Ireland, and — of course — the iconic home of Oktoberfest, Munich, Germany.

But what has made this place so special? Why are craft beer sales here expected to jump by 30 per cent industry-wide in 2018 alone? The answer isn’t a complicated one: It starts with what goes into the product.

I’ll give you a few examples.

Take AGT Food and Ingredients — the crown jewel of Saskatchewan’s agri-processing sector, and one of the largest exporters of pulse crops on the planet. At Rebellion Brewing, we bucked tradition and found a way to incorporate AGT’s King Red Lentils (coincidentally, which were developed at the University of Saskatchewan) into what has become our best-selling product, the Lentil Cream Ale.

On a much smaller scale (and to complement our core business of beer), we work with honey producers near Tisdale, Saskatchewan, to brew honey wine — known as mead — using sour cherries from Over the Hill Orchards, just up the road in the Lumsden valley.

The next community on every local brewer’s lips, meanwhile, is Rosthern — a farming town located about 45 minutes north of Saskatoon. This area is the nexus for some of the best malting barley available anywhere.

Barley is an essential ingredient for beer. Cargill operates a malting facility about 160 kilometres southwest of Rosthern, and regularly plays host to representatives from some of North America’s most popular and successful craft brewers to meet with farmers in the region, inspect crops, and make plans for the coming 3-5 years. Having this relationship allows brewers to track such variables as soil conditions, plant proteins, beta glucans, and moisture, and then determine what impact those indicators have had on output.

Even start-ups are getting into the game. Maker’s Malt recently opened its doors in Rosthern to supply small-batch, custom-roasted products for the most discerning customers. For craft brewers like us, that allows us to experiment with new recipes and iterate on each batch to capture the ideal flavour.

The truth is that not too many people think about what goes into their beer. On a sunny, 30-degree day at the lake, who can blame them? The fact remains, however, brewing is as much of an art as it is a science.

Apart from barley (and, in the case of our Lentil Cream Ale, lentils) the other three main ingredients that go into beer are water, hops, and yeast. Minor differences in any of those ingredients mean that even the same recipe may not taste the same from location to location, and brewers must account accordingly in their processes.

Water, for instance, may be hard or soft, or have contrasting mineral characteristics. The same thing goes for hops and barley — just like grapes or coffee beans — soil and climate can affect the taste and aroma of the product.

No different than every other manufacturing enterprise, the quality and consistency of inputs are paramount — especially now, as specialization becomes the name of the game, and new competitive pressures pop up seemingly every day.

That reality underscores the revolution I think is happening right now with respect to the localization of the value chain. It’s no longer about which supplier can sell to you the cheapest; it’s about which partner can best know your business needs, customize products, anticipate your problems, and bring you solutions before you need them. All these factors point to our own backyard.

It’s the main reason why companies like ours are excited about an initiative as weighty as the new protein supercluster, announced by the federal government back in February. We need to do a much better job — as a city, as a province, and as a country — working more collaboratively to add as much value as we can here at home before we ship out to meet global demand. That’s most prevalent around agriculture. We have so much expertise here: Implement manufacturing, advanced farming practices, soil nutrition, food production, you name it — from plant to pint. The quickest path for growing market share is together, creating new markets as we do it, sometimes against the odds.

Again, I believe craft brewers have laid the blueprint.

All the ‘market research’ and anecdotal evidence told us originally not to bother selling our products in rural Saskatchewan. They said we’d never succeed there, and that people would never switch to drinking craft beer.

Our partners, though, told us those predictions would be wrong. They told us that rural support of local goods is, instead, unquestionable. Our partners were right. Some of our best customers are from places like Estevan, Kindersley, Davidson, and Assiniboia.

But the proof in the collaborative model isn’t me revelling in its virtues — the proof is in the numbers.

According to a recent study conducted by Economic Development Regina, the city’s craft brewers are expected to contribute close to $14 million to the regional economy this year, and grow employment by 17 per cent. These are small businesses having a big impact, using local inputs as the anchor.

People ask me all the time why we decided to open a brewery in Regina. Why not somewhere else? They just don’t see what more and more business folks are seeing — the untapped opportunity that exists right here, across the value chain.

There is some cool stuff going on, and I for one am having a lot of fun.

Mark Heise is the president of Rebellion Brewing Company, based in Regina.