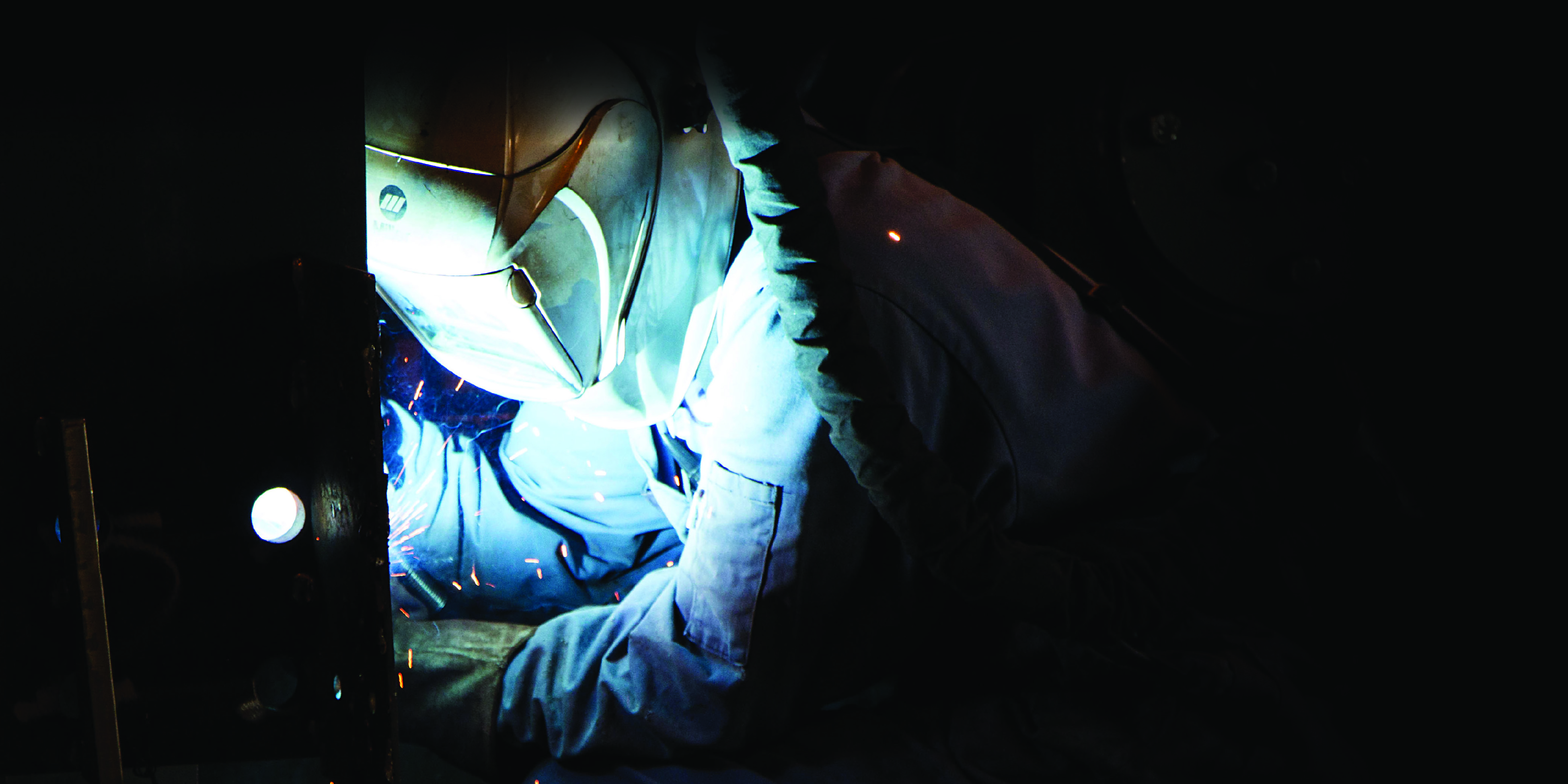 Manufacturers old and new are making a bright new tomorrow

Love and marriage. Love and marriage go together like a horse and carriage. At least according to Frank Sinatra, in his 1955 hit single (but maybe more of us know this from the opening theme to the sitcom Married… with Children).

Perhaps, though – and just go with me on this – he actually meant to say manufacturing and Manitoba go together like that proverbial horse and carriage.

Since the birth of Manitoba in 1870, and even well before that, manufacturing has been a part of the life of the province and its people. The Indigenous people who have called this land home for thousands of years have manufactured goods of their own from the resources both at hand and gained through trade – fur clothing, animal hide shelters and clothing, stone and metal tools and utensils, artwork, food and drink, and lots more.

Even in the times of the Northwest Company and the Hudson Bay Company, manufacturing was part of daily life through the blacksmiths, coopers, farriers, bakers, carpenters and joiners, masons, and other trades.

In the last century, Manitoba has grown into a manufacturing powerhouse that rivals countless jurisdictions across Canada and around the world for the diversity, expertise, innovativeness, and experience of its companies.

From aerospace, defence and transportation solutions to food and beverages, and from digital products to traditional crafts and trades, manufacturers across Manitoba are showing the world just what the Keystone Province can do.

Despite the province remaining under the radar of many folks, Manitoba manufacturers are blazing new trails in both traditional and non-traditional sectors. Maybe it’s the lack of spotlight on the province that gives the industry the ability to take the smart risks, build the new things, and then hit the market in a ‘quiet’ way that can take others by surprise.

Or perhaps it’s the practical Prairie ethos of ‘just get it done’ – without fanfare or ostentatious celebration – that means the innovation and creativity just happens as part of the daily work, and the makers and creators simply get down to work and eschew the non-value-added fuss.

No matter the reason, Manitoba’s manufacturers are working in an industry that has a foundation of hundreds of years of success and growth. And they’re continuing to build on these successes, pushing the boundaries of what is possible and practical, demonstrating to everyone the power of the Keystone.

In south Winnipeg, by the University of Manitoba campus, there lies a striking glass and steel building that bridges a pond frequented by ducks, geese and other wildlife. Beyond being an architectural gem, the building houses one of Winnipeg’s most innovative and wide-reaching manufacturing companies, RTDS Technologies.

For more than 25 years, RTDS Technologies has called Winnipeg home. Born in 1994 out of Manitoba Hydro’s HVDC Research Centre, RTDS products and services are used by utility companies, researchers and technical institutions, and manufacturers in every corner of the globe.

Real time simulation means that physical devices, such as power system protection and control devices or power electronics devices, can be connected to the simulated system in a closed loop. The interaction between the network and protection, control, and power devices can then be studied in great detail over a wide frequency bandwidth.

“We celebrated 25 years in business last year. Technology companies don’t tend to have that kind of staying power.

How does the company stay relevant and at the forefront of its technology niche?

McNeill says, “We need to continually innovate as the technology becomes faster and our customers demand more speed and more power in a smaller package. We need to make sure they can use our systems in an effective manner.

The company’s roots run deep and its team is proud to call Winnipeg and Manitoba home.

“We choose to be in Manitoba for a couple reasons,” says McNeill.

“One is the heritage of the power system here in Manitoba, and another is the University of Manitoba that provides us with pretty much all the skilled people we need. Our best access to talent is right here, where some of the best power systems engineers in the world are produced, and where the world comes to learn.”

“We have 80 people in the company today, and everyone is based here in Winnipeg. Our company has a solid foundation here, and we reach out around the world from our home.”

The heart of the home is the kitchen

The theme of home runs strong throughout the manufacturing community in Manitoba, regardless of the sector.

For Pina Romolo, co-founder of Winnipeg based Piccola Cucina, home is where her company started (literally, in the family kitchen) and family is at the heart of everything she does. In fact, Pina’s mother Anita is the company’s co-founder and is still involved in its operations, and the supplier of their key ingredient – almonds – is a family farm in California.

“It forms the foundation, says Romolo.

“I wouldn’t be here if it weren’t for my family who immigrated to Canada and brought with them their traditions and know-how. The knowledge that comes from our heritage is what we’re able to impart in our business.”

As an Italian family, food was central to life in the Romolo household, and the family recipes from the old country were cherished. Like many things from days past, the recipes for the sweet Italian treats, like amaretti, have come into fashion in a big way for people of all origins and walks of life.

Almond-based amaretti (an Italian take on the macaroon) happen to be inherently gluten-free, and this is a niche which Romolo and Piccola Cucina have seized, taking North American snack cupboards by storm. Beyond being free of gluten, the company’s products are also free from dairy and are Kosher certified.

“We choose to not use any fillers or [wheat] flour. We want to make it true to tradition, so that means very simple ingredients – we only have four or five in each product. We’re trying to sort of take it back to what my Mum made when I was growing up,” says Romolo.

Romolo and the Piccolo Cucina team are growing the business by expanding their line of amaretti to include novel flavours like lemon lavender and maple walnut, and even developing pie shells and crusts to provide additional choices for consumers who are gluten-intolerant or just looking to expand their culinary horizons.

For Brandon-based Behlen Industries LP, Canada’s largest manufacturer of steel building systems, the horizons have expanded greatly over the almost 51 years they’ve been in business. From their home in southwestern Manitoba, Behlen has made their name as the go-to designer and fabricator of steel buildings – including airplane hangars, recreation centres and indoor sports fields, fire halls, educational institutions, churches, and commercial and industrial facilities -in just about every corner of the world.

Over those nearly 51 years in business, Behlen has seen the transformation of the steel building industry and is leading the charge by continuing to drive innovation throughout their operations.

“We started looking at opportunities to innovate in our product welding operations, and it turned out short-run robotics was what worked for us,” says Sean Lepper, Behlen Industries’ Vice President and General Manager.

“All of our product is custom, so we needed a production line that could easily deal with customization.”

In a business where custom buildings are the product, changes in one part of the business require changes in all parts of the organization, from design to engineering to production. Those changes in the design side of Behlen meant moving from traditional two-dimensional drawings and models to three-dimensional models living in a ‘virtual’ world where entire buildings can be constructed, tweaked, and spec’d in a computer-based environment.

Lepper says, “The new equipment in our facility can communicate directly with the models we create, so this means we’ve been able to implement process improvements all the way through our business.”

“We take the data from the models and populate all the production schedules and systems in an automated fashion, all of which in the past used to be done manually and in low-tech spreadsheets.”

“It’s meant an overall improvement in efficiency of about 20 per cent across our business,” says Lepper.

“We have a lot less time spent on the paperwork and admin side of the business; the throughput of our operations has increased significantly; and the quality and consistency of the product out the door has improved, too.”

Lepper says the company has been able to train their people and upgrade their skill levels to work in the new environment.

“The biggest hurdle to implementing any change is the change itself.”

“It’s taken a lot of collaboration between the different departments, and sometimes it’s a struggle, but we’re getting there, and we’re seeing some great successes,” says Lepper.

Overnight success in only 30-odd years

Building the future for Greenstone Building Products has been a journey of discovery that’s taken the company’s founder across North America to find a product that’s been in market for 30 years, but never found wide acceptance in the construction industry.

Ed Dornn, Greenstone Building Products founder, has been in the general contracting industry for more than 20 years, with much of that time focused on developing and championing innovative building products.

For Dornn, meeting the inventor of the Greenstone insulated composite envelope (ICE) panel building system was a sort of ‘eureka’ moment. He had found an innovative product that seemed to address many of the building envelope concerns facing constructors and owners.

Though the panel product had been on the market for three decades, and manufactured in various parts of the world, there remained the significant issue of the products not having been tested in accordance with a recognized testing standard by an accredited testing agency.

Dornn set about establishing a formal partnership with the product’s inventors and designed a state-of-the-art manufacturing facility and certified test laboratory in Brandon, Manitoba so the panelized building system could be formally tested and accredited, which was key to industry uptake across North America.

Despite some hiccoughs in the partnership, Dornn says that Greenstone Building Products standing fully on its own is free to focus on building their team, executing their vision, and continuing to drive innovation in both the manufacturing and construction sectors.

“We’re determined to defy the status quo, and that’s resulted in Greenstone projects being completed in almost every major city in Western Canada, on all three coasts, and in the United States and the Caribbean,” says Dornn.

“People are thinking differently about sustainability in construction, and we’re excited to be part of the conversation.”