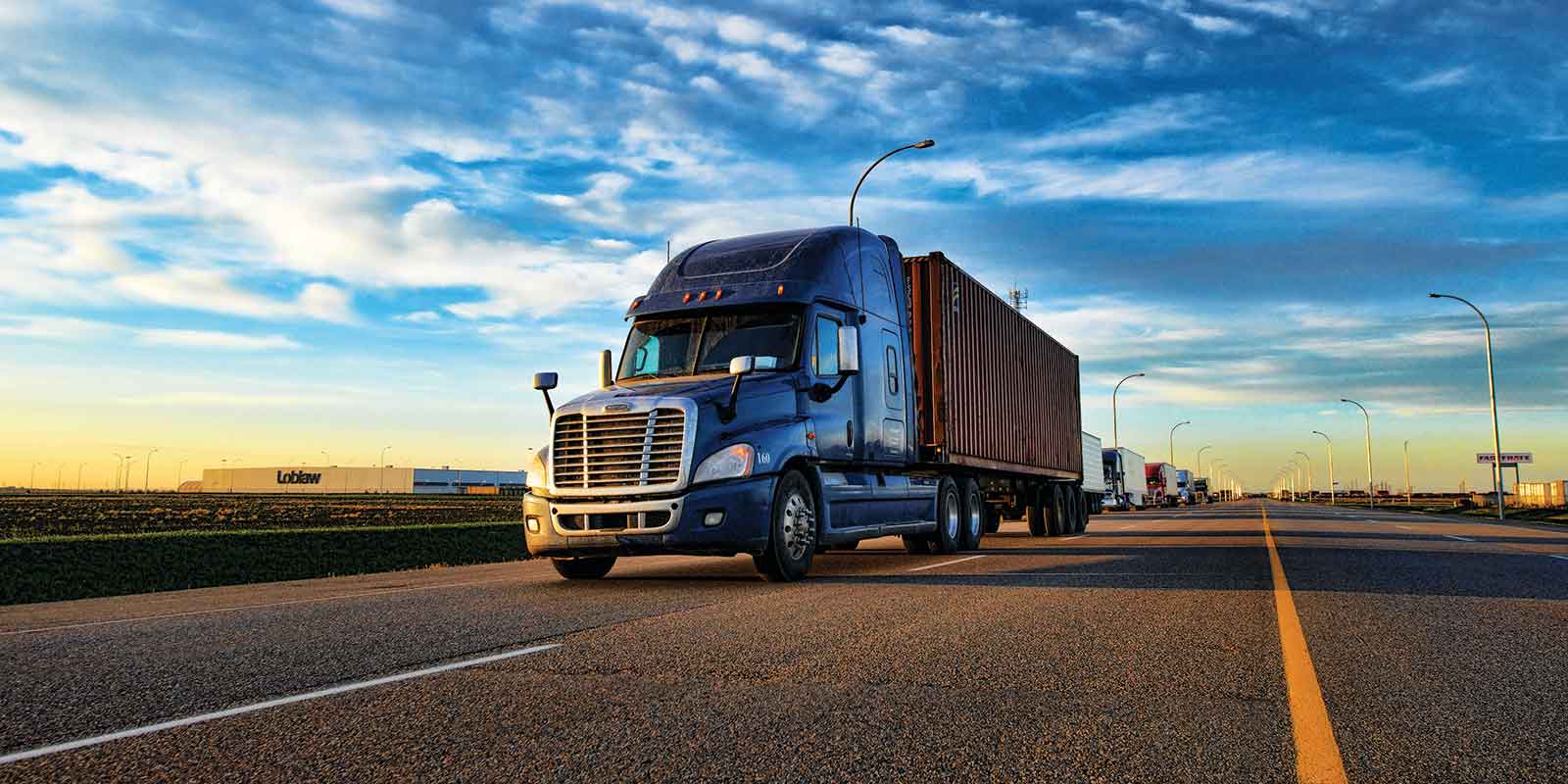 The growing role of inland ports on the landlocked Prairies.

Shipping goods to market sounds like a straightforward task. Experience, however, reminds us that is not always the case.

Every advance in transportation innovation, from the wheel to the 18 wheeler, has been designed to move goods to their destination quicker. For manufacturers, this speed can be the difference between competiveness and bankruptcy.

But the latest shift in the logistics equation has little to do with cutting-edge technology or breakthrough invention. Instead, the Prairies are rewriting the rules on traditional shipping hotbeds, diving headfirst into the world of ‘inland ports’ — specialized distribution, warehousing, and industrial centres connected directly into the intermodal transportation network.

In Manitoba, the 20,000-acre CentrePort, near Winnipeg, is North America’s largest inland port, and amongst the most recognizable. Its tri-modal facility — boasting rail, air, and truck capacity — along with its strategic location in the geographic centre of Canada are big reasons why some of the province’s largest manufacturers have become tenants, including Boeing, MacDon, and Winpak. Not only is CentrePort the busiest cargo airport in the country, it is also in close proximity to both the Trans-Canada Highway and the 24-hour Pembina-Emerson border crossing.

“There are a number of components to ‘Why here?’ that all come together to support manufacturers,” explains CentrePort President & CEO Diane Gray. “And what CentrePort layers on is access to global and regional markets in a cost-effective and time-efficient way.”

Next door in Saskatchewan, the Global Transportation Hub (GTH) is newer and smaller in size, yet there is no shortage of activity. Positioned on Regina’s western edge, the GTH is Canada’s only self-governing inland port, making it the owner, developer, and regulator of its facility and land.

“That creates a very distinct opportunity for a client to work what we call speed to operation,” says GTH President & CEO Bryan Richards. “A client comes to us with a concept, presents their idea, and GTH will work with them, maintaining a single point of contact. They only have to deal with GTH when it comes to permits, approvals, and zoning bylaws.”

The advantage, adds Richards, is the streamlined service set outside the bureaucracy, allowing the GTH to circumvent red tape and respond at the pace business demands.

Like CentrePort, the GTH also carries Foreign Trade Zone (FTZ) status. Although domestic manufacturers may not reap significant benefits from the classification, globally integrated producers and foreign investors can take advantage of a host of cash flow and service benefits, such as duty deferral and sales tax relief.

Further west in Calgary, CN’s $200 million logistics park is pushing to carve out a niche of its own. Exporters moving goods and raw materials across the Pacific have taken special notice, given the terminal’s central proximity to ocean ports in Vancouver as well as Prince Rupert.

The two core challenges now are: Continuously improving that access, and convincing more companies to invest in on-site operations.

For Richards, the solution is two in the same.

“The infrastructure improvement offered by the GTH in terms of rail is gigantic,” he says, noting that rail volumes have nearly tripled since relocating from downtown Regina. “Expanding the space and the opportunity to increase the number of handlings (lifts of containers on and off the trains) is one of the prerequisites of attracting people here. They see that capacity. They see that opportunity in the future. Companies make these decisions based on 20- or 30-year timelines.”

Meanwhile, over at CentrePort, Gray sees inland ports as only one piece of the puzzle to draw in manufacturing investment. She points to Manitoba’s hydroelectricity rates — the lowest published rates in Canada and the second lowest on the continent — as one example of how the pieces come together.

“It’s our motto to help companies make the decision to invest in CentrePort, and Manitoba, as easy as possible.”