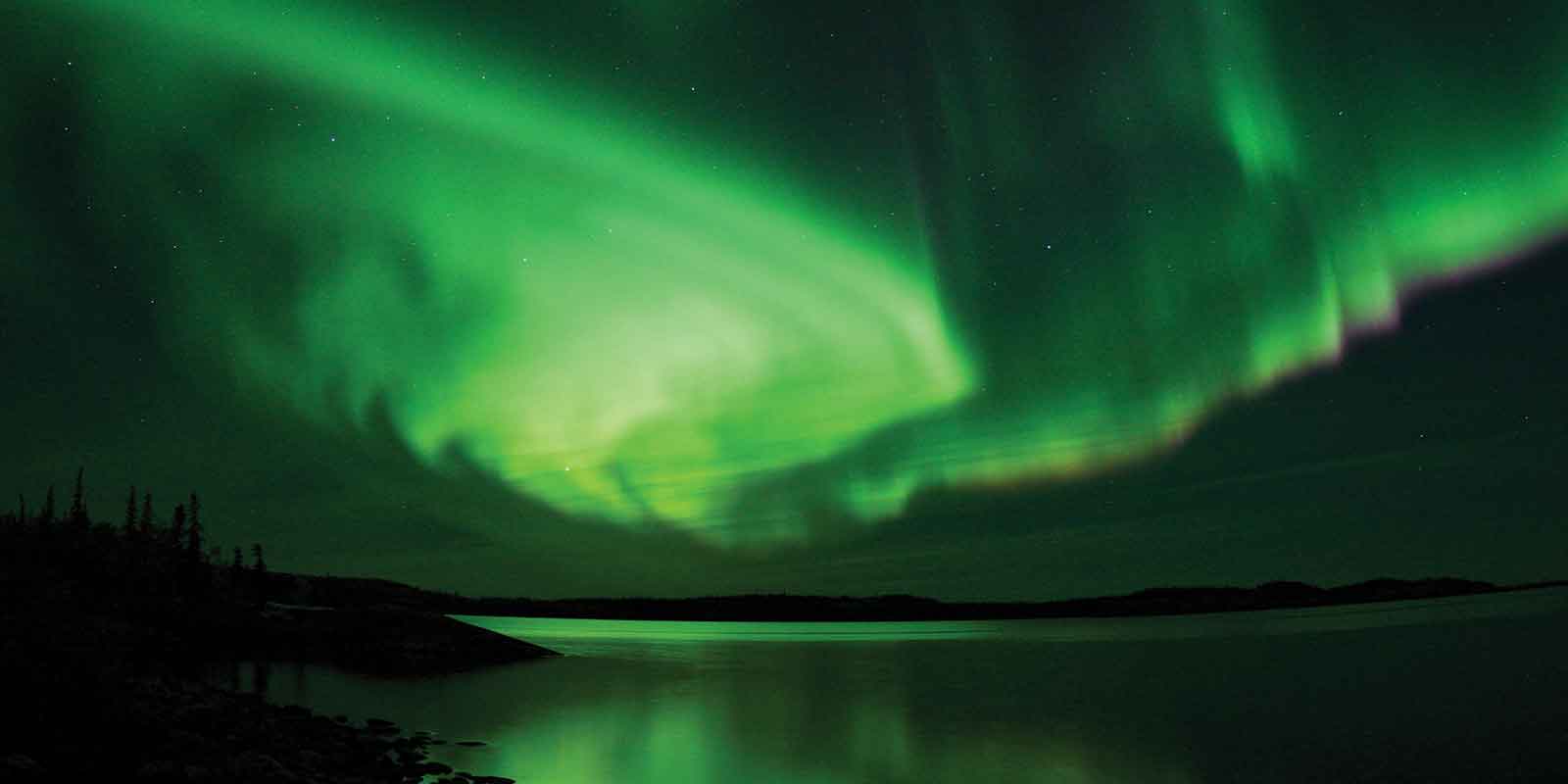 How aerospace manufacturing could power the next generation of prosperity for Indigenous People in Manitoba’s north.

These are tricky times in Northern Manitoba.

A suspension of rail service through the north, as a result of springtime flooding in 2017 that washed out the line, has left the Hudson Bay coast town of Churchill without an overland transportation link.

The washout occurred after the owner of the line, Denver-based Omnitrax, had already let it be known it wanted out of the market and was in discussions with a consortium of First Nations to figure out a way to transfer the rail infrastructure and port to local ownership.

That has turned into an excruciatingly drawn-out process, with legal darts being thrown by the company, provincial and federal governments — even in-fighting between two rival First Nation-led groups, who eventually joined forces in an effort to acquire the crucial corridor.

Adding to that cloud, Northern Manitoba is also facing all sorts of uncertainty in its legacy resource sector.

Late in 2016, the paper mill in The Pas averted closure at the last minute when a ‘white knight’ emerged in the form of a U.S. private equity fund, saving more than 300 jobs.

Vale, the Brazilian metals giant, closed a mine in Thompson in 2017 and is planning to shutter its smelter and refinery there later in 2018. In total, that will mean the elimination of about 700 jobs in the city of 14,000 people.

And it doesn’t stop there. About 400 kilometres away, in Flin Flon, HudBay Minerals has made it clear its plan to close that town’s main mine (and employer) in 2020, as well as a smaller mine called Reed Lake by the end of this year.

This is all happening in a region where three-quarters of the total population self-identify as Indigenous and where on-reserve unemployment hovers around 75 per cent.

But the people of the north are not easily discouraged. The confluence of hard luck has inspired a growing willingness to try something new.

The Province convened a northern economic development task force in 2017 called Look North, that has served to galvanize stakeholders to focus on collaboration and think outside-the-box.

It just so happened that is exactly what Kim Westenskow was prepared to do.

Westenskow, the managing director for Boeing Canada Operations Ltd. and general manager of the company’s 1,600-person composites parts manufacturing business in Winnipeg, had independently started exploring ways to leverage Boeing’s position in the Manitoba marketplace to do something positive for the northern Indigenous economy.

“I thought, wait a minute. What can we do to help?” she recalls. “What can aerospace do?”

She started thinking about what it might take for a parts supplier to be created not just in the north, but maybe even on-reserve — possibly owned by a First Nation.

If there is anything good that has come out of the recent display of vulnerability in the northern economy, it’s that there is more focus on the need to address it.

That greater attention is being brought to bear at the same time as the consciousness of the entire nation has been raised about the challenges facing Canada’s Indigenous community through the Truth and Reconciliation Commission.

From that environment of pressing need for change, Manitoba’s aerospace industry has partnered with the Province and one of those First Nations in a unique attempt to develop an aerospace parts manufacturer in the north.

Although she would prefer to frame it as an industry-wide initiative, those in-the-know credit Westenskow — who was raised in eastern Montana, surrounded by American Indian reservations — as a driving champion.

“It’s a little different down there, but there’s some of the same problems,” she says.

Westenskow’s own consciousness was raised by a recent presentation by one of her longtime supervisors at a Boeing fabrication leadership team event in Seattle. She remembers the team being brought to tears by the story of the man’s Métis father’s experience of prejudice in the workplace.

As a starting point, the industry revisited the supply chain of the province’s three largest aerospace companies: Boeing, Magellan Aerospace Corp., and StandardAero, which collectively employ about 4,000 people. It became clear the supply base needed to grow, and that the Province was ready to help.

Armed with an $85,000 government grant for the completion of a feasibility study, an innovative partnership with Opaskwayak Cree Nation (OCN) near The Pas has been formed to gauge what it would take to actually build a factory at OCN that Boeing and others would agree to buy from.

Using the powers of persuasion that goes with the Boeing name, as well as a genuine desire to help, it seems like the entire industry has been mobilized along with interests from across the north.

“They (civic and regional leaders from the Town of The Pas) have all been at the table from the beginning and continue to show interest in moving forward and to continue to look at other resources to help get the venture going,” he says.

It won’t be easy, but the Manitoba Aerospace Association (MAA) — of which Westenskow serves as chair — has plenty of experience helping upgrade the expertise of suppliers to become qualified to sell to OEMs. On top of that, Neeganin College of Applied Technology in Winnipeg has graduated more than 100 Indigenous workers, successfully placing them in Manitoba aerospace positions.

“MAA has this beautiful toolset that’s been developed over the years helping suppliers,” explains Westenskow. “Because we are very picky. We need to be. We build airplanes.”

It’s still early days in a project that could take years to materialize, yet there are some who are already dreaming about how this kind of daring greenfield development could become a model used to diversify economically disadvantaged regions across the country.

Having a partner like OCN in what could be a precedent-setting development is also good fortune. It is often regarded as one of the most enterprising Northern Manitoba First Nations, led by Look North task force Co-Chair Chief (Okenewa) Christian Sinclair, who led a successful business career before returning to run for public office.

“At OCN, we have a mindset where we have to think outside-the-box and do things differently,” he says. “We need to be able to diversify and look at new opportunities with the changing economies and the changing times.”

OCN has built several successful businesses, including licensing a novel Korean technology that uses LED light systems to grow without soil, in normal room temperatures, at a rate faster than most greenhouses and for a fraction of the energy of a greenhouse.

It is one thing to be opportunistic, however, and another to embark on a project to meet the exacting scrutiny of the aerospace industry.

Westenskow, for one, refuses to be cowed by naysayers.

“I always think that is your parent’s rhetoric,” she says. “You go up and talk to the progressive councils in the north. They are working hard to grow industry. OCN has been wonderful partner and they have a young energetic council working on growth within the community.”

The next big hurdle will likely be sourcing the necessary capital.

According to Thompson MLA Kelly Brindle, the provincial government is prepared to do what it can to back the project and will seek additional support from other partners, such as the federal government.

Even before a single widget has been made, the project has attracted national attention.

“You have to walk before you run,” says Bindle. “But just announcing the process has generated all sorts of interest from other First Nations.”