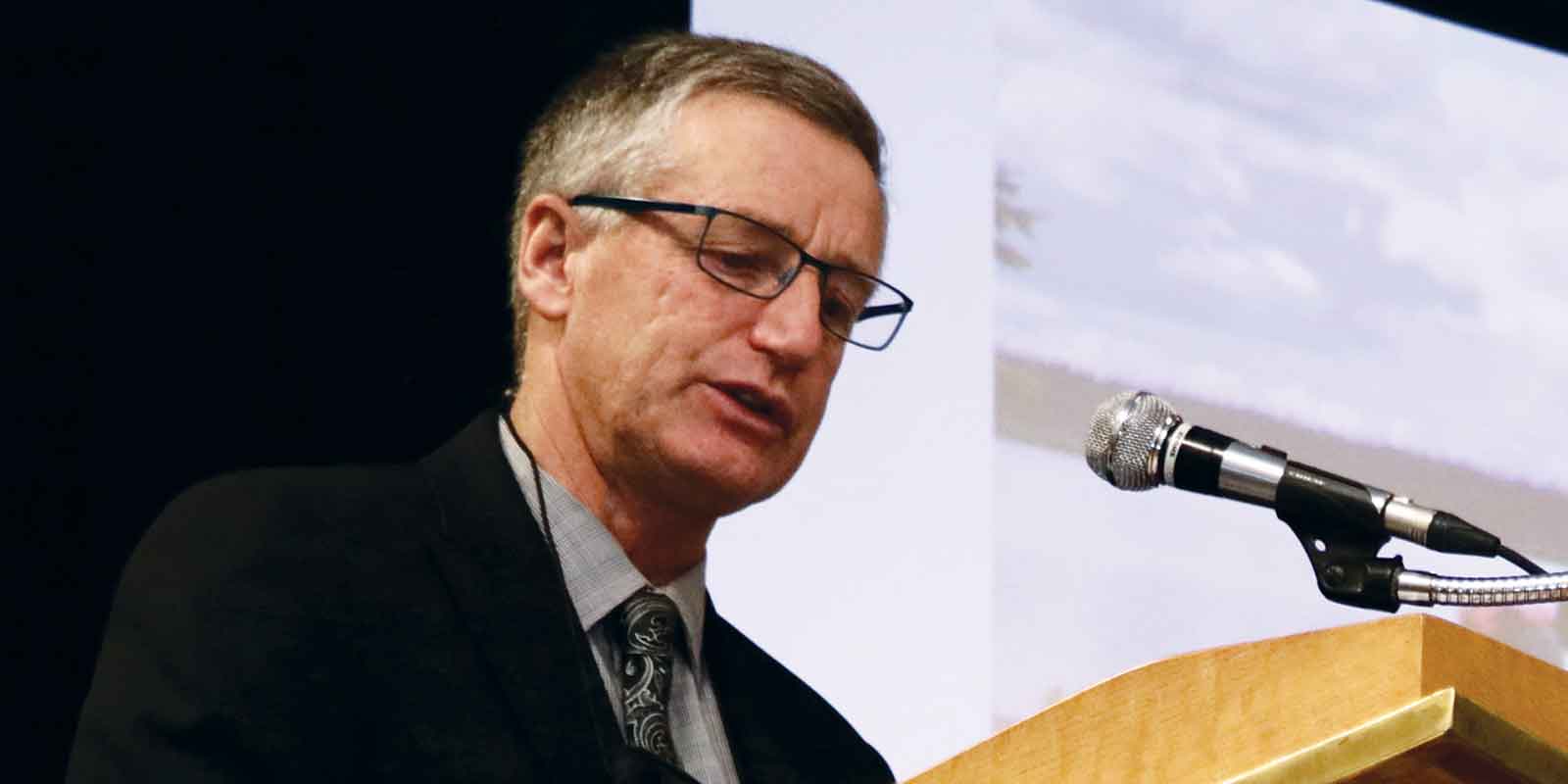 DL: Minister, thank you so much for taking the time to chat with us.

DL: Let’s start at the 30,000-foot level. When you look at Manitoba, few would argue it’s probably one of the strongest and most consistent manufacturing jurisdictions in Canada, comprising around 10 per cent of the total provincial workforce. How is Manitoba positioning itself in the marketplace to maintain its competitive edge?

BP: I just had a great conversation with our local manufacturing association on this. Our colleges — Red River College here in Winnipeg, for example — are doing a tremendous job in training people for work, getting them out [into the workforce], and bringing them back for future training. Our universities are catching up for the new demands of the workplace, too. You must have that skilled workforce. Manitoba also started the immigrant nominee program back in the 1990s, and it continues to allow us to bring in the skilled workers we need to fit very specific jobs because of our highly diverse manufacturing base.

DL: There is a direct tie between skills development and investing in new, smart technologies, such as automation and machine learning — you need those skill sets to integrate and sustain those technologies into a broader system. How are those two things linked in your province?

BP: You’re right in that it’s a combination. It’s one thing to train a person to enter into a particular role; it’s another thing to bring those same people back for further training so they can keep up with the new technologies. We’re long past the days where we learn a skill and that skill stays forever. We have to be nimble in our education system — not just at the post-secondary level, but into elementary and high schools as well, so we can start training our young people earlier into in-demand career paths. Training is now a lifelong endeavour.

DL: Let’s shift focus a bit. One of the things I am always struck by coming to Manitoba is the breadth of public R&D assets you have there, from the Composites Innovation Centre to the Industrial Technology Centre. Why has your government been so adamant about continuing those investments, and what is your philosophy around building that public innovation infrastructure?

BP: You have to prepare for the future. Governments have tended to be fairly short-sighted; however, we’re taking the long view on this. You talk about the Composites Innovation Centre, then you have the North Forge Technology Exchange and Manitoba Innovation Accelerator — these are the go-to places for manufacturers to incubate ideas, where they need to do the necessary prototyping and testing before you can get into actual production. We’ve long-recognized this — and these are initiatives that come directly from the private sector — so we remain very supportive of them.

BP: We’re redoing our entire economic development portfolio to make sure we’re getting a good return on investment. Part of that is addressing the need to access capital. From my experience, it’s one thing to get a business up and running, but it’s that next step where you need more capital to be successful. We’re in the midst of developing out supports for that process — we’re in the very early stages, yet we’re excited to get rolling on it, as it is a main impediment to business growth, especially in capital-intensive industries like manufacturing. Cash is still king.

DL: In this issue of Prairie Manufacturer Magazine, we’re doing a story that highlights Roquette’s $400 million investment in Portage-la-Prairie to build a new pea processing plant. Manitoba, obviously, is uniquely positioned to capitalize on value-added agriculture. How do you aim to attract more Roquettes in the future?

BP: There are several factors that set Manitoba apart for investors. For starters, we have an abundance of water and we have an abundance of affordable, reliable hydroelectricity, which are two of the baselines you need in that industry, on top of a ready, high-quality supply of commodities. Furthermore, we just received an award for red tape reduction, and we are going to continue down that road. We need to make it attractive for companies to come to Manitoba as far as minimizing the regulatory burden is concerned, while maintaining strong environmental protections. In the end, it’s all about the overall business environment. If we can attract businesses like Roquette and help make them successful, others will see that and follow suit.

DL: You mentioned one word earlier in the interview — diversity — that I wanted to pick back up on. There is so much push right now toward specialization. That said, Manitoba has historically done extremely well across numerous manufacturing sub-sectors, from aerospace and transportation to pharmaceuticals and farm equipment. How do you keep finding those niche strengths in your local economy to build up?

BP: It’s about leveraging strengths. Take the aerospace industry: We have a handful of large players, and what they’re looking for is these small manufacturers that are able to supply them with parts — with very exacting specifications, very stringent quality and product control standards. It sets those SMEs up from a process standpoint to be globally competitive in industries beyond just aerospace. Diversity ultimately breeds diversity; but we need to ensure we have a competitive workforce, a competitive tax regime, and an ‘open for business’ sign hanging there to show industry that, as a government, we are committed to manufacturers’ success in Manitoba.

DL: Unlike next door in Saskatchewan, where the manufacturing base is distributed evenly across Saskatoon, Regina, and the rural parts of the province, so much of Manitoba’s manufacturing activity centres around Winnipeg. That, however, seems to be changing somewhat. How do balance, given the restraints of government, the needs of that evolving rural manufacturing portfolio with the reality that the best bang for your buck still likely is in a single city?

BP: It’s a big challenge in Manitoba, where we have two-thirds of the population living in the capital region. One of the really good examples I can give you, though, is HyLife Foods in Neepawa, which is a hog processing facility. We’ve removed some of the political interference that was happening with respect to new development in the hog industry, and that has allowed HyLife to build more barns and now they’re doing a major expansion. Neepawa is a rural community that, 15 years ago, you could’ve driven down Main Street and there was no one there on a Saturday afternoon; now, it’s bustling all the time. Again, it’s about diversification. It’s about having good transportation infrastructure to access markets in all directions. And it’s about having a business climate that encourages investment.

DL: Last question: Over the next year, what is your government’s top priority to help grow the manufacturing sector in Manitoba?

BP: It’s hard to limit it just to one. The redeployment of our economic development strategy addressing access to capital could have some of the most immediate impact. Red tape reduction needs to continue. And, fiscal control from government is paramount, so that businesses know we are serious about reducing our deficit here and that Manitoba will be competitive. That’s the best thing we can do: To instill confidence in the business community. We’re going to reduce our PST prior to the next election, yet we’re not wavering on being financially responsible. Just like every business needs to have fiscal control, so, too, does government.

DL: Thank you, Minister, for your time.