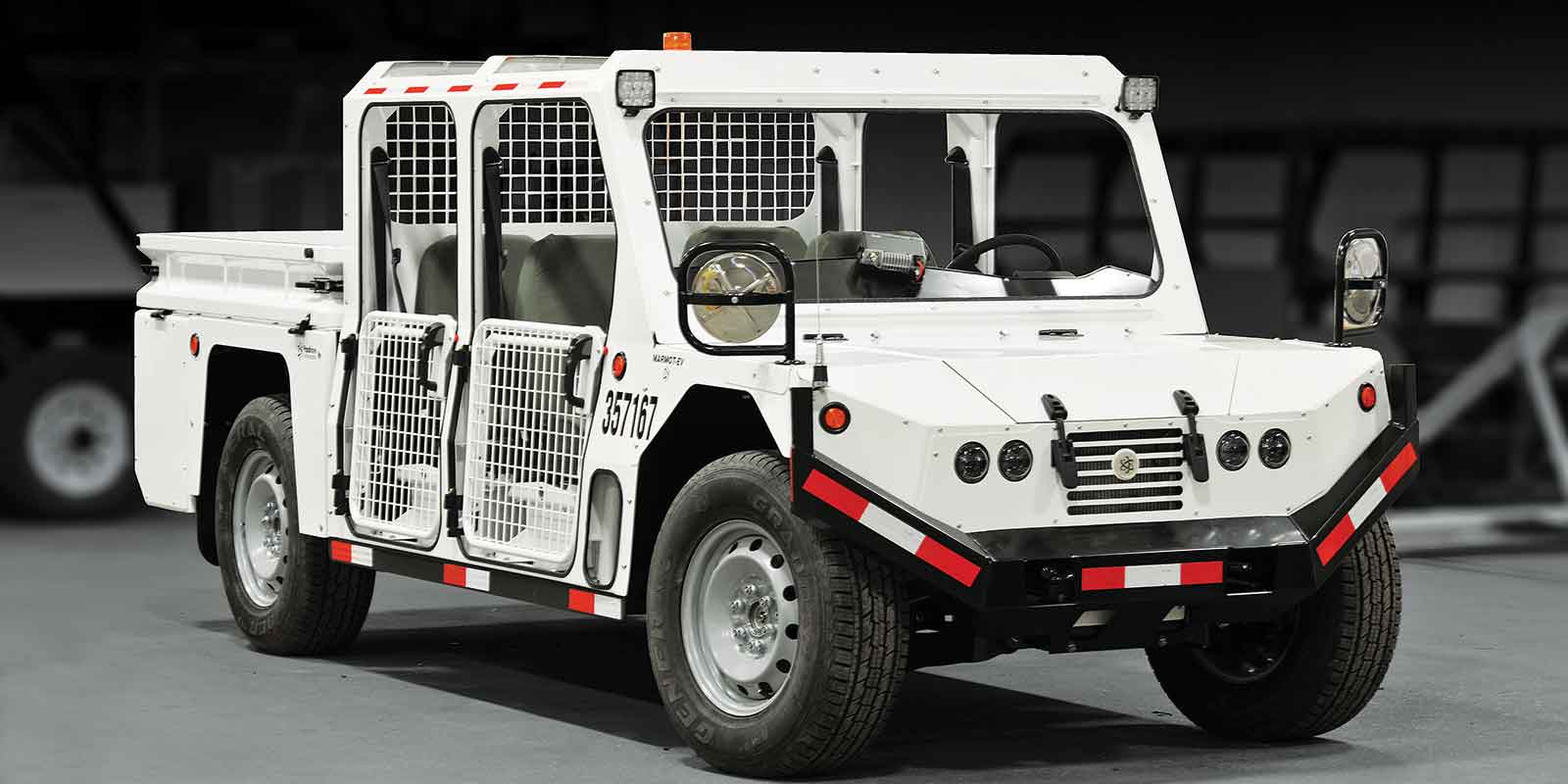 Manufacturers have felt the pinch of resource prices, but that doesn’t mean they’re standing still.

Innovation is generally understood, in the public realm, as a ground-breaking discovery or never-before-seen product. Tesla. The internet. Insulin.

It’s a valid perspective — one that has been borne out on the Canadian Prairies for generations. The region has historically been a hotbed of economy-changing product and process innovation, from the development of canola to remote-controlled uranium mining to the Blairmore Ring.

But there is also incremental innovation — the small, yet meaningful improvements that build on genius, deliver greater customer value and improve operational performance.

In Saskatchewan’s present post-boom era, that’s precisely what manufacturers are focusing on to better support the resource development sectors and sharpen their competitive edge in the supply chain.

Not all recent economic retraction, however, is related to lower prices in commodities like potash, oil, and uranium. Many new major capital projects, such as the new K+S solution potash mine near Bethune, drove significant supplier demand during the construction phase, yet have now entered production.

PotashCorp alone — which announced a $36-billion merger with Agrium this past June — spent more money per capita in Saskatchewan in recent years than the federal government.

Eric Anderson, executive director of the Saskatchewan Industrial and Mining Suppliers Association (SIMSA), says the economic stimulus stemming from that level of investment could have powered the province through the 2008-09 recession on its own.

“The provincial government put incentives in place, saying an expansion would be treated well,” he explains. “Everybody started and completed. Nothing’s been cancelled. Some of the juniors may have felt some pain, but the big guys completed what they said they were going to do.”

Global pressures have not been friendly, either.

Although Saskatchewan remains the largest potash producer on the planet, accounting for approximately 30 per cent of the world’s supply, lower production costs in Eastern European jurisdictions such as Russia and Belarus are putting significant strain on Canadian activity.

“We’re competing directly against Russia, which beats us up and down on labour every day,” says Kipp Sakundiak, general manager of Saskatoon-based Prairie Machine and Parts (PMP). “So, if they can produce a tonne of potash for 40 per cent less, we must figure out a way to produce the same tonne for 40 per cent less, while offsetting more expensive labour.”

That means finding efficiencies in equipment, process, and maintenance regimes. And, it means leveraging the capacity growth of the past decade to our advantage.

These units, or EVs for short, typically require less maintenance than a standard diesel engine and are built with a modular design so components may be swapped out with ease.

“Say you have a part that a company spends $10,000 on per year in a diesel truck. They might only spend $2,000 on the equivalent EV,” notes Sakundiak. “When you’re talking about millions of dollars, saving $8,000 on 10 trucks may be half a per cent of the total budget.”

There are other value-added benefits down the line as well.

Improving ventilation by preventing diesel particulate from entering the air is equal parts health conscious and cost savings. Many hard rock mines, like gold and iron ore operations in Ontario, are deep below the surface and are subject to very warm underground temperatures, compounded by the running of diesel engines. Most firms are required to haul fuel up to these sites to power air conditioners that cool the working environment — a massive expense.

For PMP, it all comes back to providing solutions — the same mantra that has kept the business thriving for the past 40 years. Few of those solutions are as flashy as an EV. The majority are not large whatsoever. It’s not the size of the project, Sakundiak maintains, it’s the size of the problem it solves.

One of the company’s most compelling inventions is a safety device for potash boring machines. When rotors cut two circles into the ore, a small V, called a cusp, is formed at the top between the circles. This is a dangerous piece in the process, as it has the potential to fall and injure the miner.

Until recently, a shaft in the gearbox of the machine has driven a chain to trim the cusp material. Sometimes, though, the chain becomes stuck, peeling off the shear pin and stops.

Operators must then cease production, back up the boring machine, and install a new pin. The cusp, meanwhile, can potentially fall onto workers if the machine is not sufficiently reversed.

“We developed a system where we get rid of the pin altogether,” says Sakundiak. “Our system is resettable from the operator cabin. It takes about five minutes. He stays in the machine and just hits the reset button, safely, from the cab.

“It’s things like that. It’s not new technology; this technology has been around for a long time. It’s just applying it in a different way.”

Jeff Burton echoes that sentiment. He, too, has weathered the impact of commodity cycles — only his attention hasn’t been solely fixed on potash over the past three years; it has also been focused on oil.

Burton is the director of operations for AGI Envirotank in the town of Biggar, located an hour west of Saskatoon. For the first time in its 25-year history, the company was forced to pull back on employment when oil markets took a dive.

“Oil is 40 to 50 per cent of our business,” he says. “And it drives other development, so a low price slows down the refined fuel side as well. The last three years — I’ve never seen it any tougher. This year is better. The oil price hasn’t come back a lot, though things have improved since January. Companies have decided to keep working.”

The key, Burton believes, is not standing still. Diversification is always top-of-mind, and has been so since the company’s creation.

Envirotank, as its name suggests, is perhaps best known for its refined fuel tanks — in many ways, becoming the ‘Kleenex’ or ‘Tylenol’ of the industry. Shortly thereafter, in the mid-90s, it began manufacturing oilfield tanks, and then underground ore bins and other industrial containers.

A container, he assures, has many applications. Envirotank’s goal is to be an expert in those specific applications.

“We purchased a pipe mill, similar to what Evraz has in Regina. Instead of making pipe, we make tank shells,” he explains. “Evraz goes to 64 inches in diameter when making a cylinder; ours goes to 183 inches.

“Everybody else that makes tanks will take a piece of flat material, roll it into a cylinder, take the cylinders, and weld them together. Our machine spirals it out like a paper towel roll. Our seams are spiral instead of straight-seam connected.”

A year after installing the system, Envirotank landed a Department of National Defence contract for 160 tanks, when the government was setting up fuel facilities in the north. A home run.

Next on the docket is expanding its presence in the setup of large cardlock systems, known as Go Stations.

Envirotank strives to provide the full-cycle solution, from the tanks and pumps to the electrical work, shielding itself from other ‘one trick’ competitors. It built its first unattended Go Station in 1993, and has implemented a total of 50 across Canada.

And the most unforeseen priority for Envirotank these days: Saskatchewan sales.

“One good thing since the current [federal] government came into power is that more and more of our work has been staying in Saskatchewan,” says Burton. “At one time, I couldn’t have sold anything here. Now I’d say Saskatchewan is about 40 per cent of our business. That’s something relatively recent.

“It’s all about adapting.”