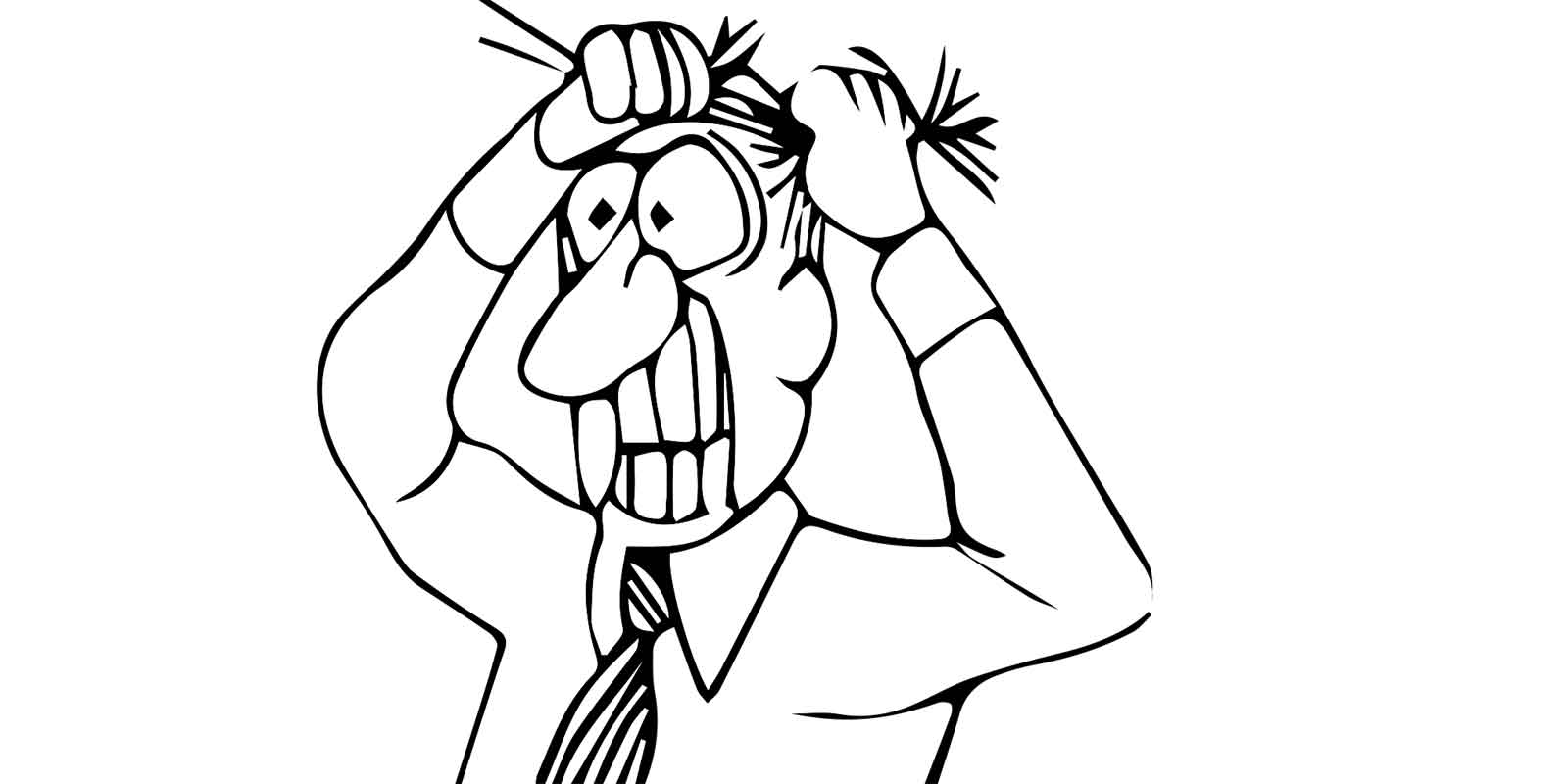 This past November, I had the honour of representing Saskatchewan at the Polytechnics Canada National Strategy Group meetings in Ottawa.

Between roundtables with cabinet ministers and senior bureaucrats, we were fortunate to hear from Dominic Barton, the managing director of global consulting giant McKinsey & Company and one of the most influential figures on the federal government’s 14-member Advisory Council on Economic Growth.

I have heard Barton present on a handful of previous occasions, and his speeches tend to pattern around the same message: There are four forces currently transforming the global landscape — and they will impact the very foundations of life and commerce, from where we live to how we do business. Seldom, however, have I found his insights to be so raw, pointed, or relevant to manufacturing.

With this issue of the magazine focusing on supply chain excellence, I thought it was an opportune time to briefly look at each of these four pressures and begin a conversation around our own preparedness on the Prairies. As manufacturers, and as organizations that support manufacturers, are we truly ready to embrace to the challenges and opportunities of the next 10, 25, 50 years?

Over the past half-decade, there has been a great deal of bluster surrounding the so-called ‘pivot to Asia.’ In fact, it was one of the foreign policy cornerstones of President Barack Obama’s administration. And, while there remains dissention among experts on the validity of moving domestic resources to fund this strategy, there is no argument the world’s economic centre of gravity is shifting away from North America and Europe, back to the Asia-Pacific.

Part of that movement is due to the boom of the middle class. By 2030, there will be 2.4 billion new middle-class consumers in Asia and Africa alone. This phenomenon is helping to attract and organically grow large corporations. Within the same timeframe, more than half of the world’s billion-dollar-plus companies will be headquartered in emerging markets, as these middle-class populations consume like their counterparts in the developed world.

Two of the biggest implications for Western Canadian manufacturers and processors are the creation of supplier opportunities in infrastructure and food.

Between 2017 and 2035, the world needs to spend $3.7 trillion annually on infrastructure, including energy infrastructure, largely to support urbanization in Asian cities. 2008 was the first time on record the percentage of the planet’s urban population exceeded that of rural dwellers.

Looking a bit further ahead: Between now and 2050, farmers will need to produce more food than in the previous 10,000 years combined. That plays right into our strengths on the Prairies with respect to maximizing land utilization (potash-derived fertilizer is a big piece to that puzzle), driving agricultural efficiencies, and creating higher quality, higher value food products.

The second transformative force is probably the most acute to Canadian industry: Accelerating technological disruption — of which, according to Barton, there are a handful of catalyzing factors, among them: Computing power, connectedness, artificial intelligence, and big data.

Probably the best example is a device we use daily, if not hourly: Our smartphone. Remember how that revolutionized the way we communicate and run our businesses? It wasn’t that long ago. Heck, I remember waiting in line to buy the first-ever iPhone when it was released. Well, the latest version of that same device — the iPhone X — is 210 times faster than the original. Imagine what that change in speed and capability enables, and the data that connectivity can create and capture.

Earlier this year, at the Goldman Sachs third annual Innovation Symposium, one speaker suggested the integration between cloud technology and data analytics could increase global crop yields by up to 15 per cent — or $180 billion in value — by optimizing production decisions for variable conditions. Just in our last issue of this publication, we heard from a homegrown company east of Regina manufacturing the world’s first autonomous air seeder.

Becoming a hub for this type integration — particularly in sectors our provinces already specialize in, such as agriculture, resource development, and aerospace — must be a priority for Western Canada to protect our manufacturing advantage.

The third force, and the one I must admit I didn’t even consider, is the world’s aging population.

Canada has not been immune, either.

Over the past 150 years, we have gone from a society where it was not uncommon for women to have four, five, or more children to an average of one or two, and at increasingly older ages.

To sustain population levels, the fertility rate must hover around 2.1 children per woman, which essentially means couples produce enough kids to replace themselves. The last time Canada achieved that benchmark was 1971.

The picture is arguably grimmer on a global scale. By 2050, for the first time in our collective history, there will be more people over the age of 65 than under the age of 14; and the number of people over 80 will quadruple, to 400 million. In countries like Japan and Spain, one in three residents will be 65 or older.

Both here and abroad, this will place massive strains on public budgets. It could seriously further jeopardize the availability of workers and certain skill sets as well. We need to do a better job preparing young people for the most in-demand skills of tomorrow, and pair those efforts with proactive immigration and technological adoption strategies to ensure Western Canadian manufacturers have the talent and capacities necessary to compete well into the future.

The last — but certainly not least — of the four pillars is what Barton calls “the search for a new societal ideal.” Yes, that hurts my head, too.

He masterfully breaks it down, though, into a quadrant of considerations that have a strong resonance to some of the issues I personally hear in going out to speak with manufacturers and customers who are purchasing manufactured goods.

The consideration that hits home the hardest for our industry is the increasing displacement from trade and technology.

Take automation. A McKinsey report released in July 2016 estimated that, for 60 per cent of jobs filled today, 30 per cent of their activities could be automated. Predictable, physical work common to manufacturing was number one on this list for jobs that are most likely to become automated.

Keep in mind, however, the types of jobs in manufacturing are also changing. We’re just not changing the workforce fast enough to keep up. Canada only produced 29,000 technology graduates in 2015, but will create more than 50,000 technology jobs annually by the end of the decade. Furthermore, only a third of employers believe graduates are ready for the labour market (ironically, more than four-fifths of education providers disagree).

So, an obvious question would be: If we aren’t getting the right skills out of the post-secondary system, can we ‘reskill’ existing employees whose jobs may be at risk?

If that’s our approach, we’d better get spending. After crunching the numbers, McKinsey’s projections indicate the cost of adult reskilling would need to increase by $40 billion to manage the effects of automation over the next two decades. Not chump change.

The remaining three considerations with respect to ‘the new societal ideal’ are worthy of thesis-level discussion on their own, and thus I won’t get into too much detail here. I mean, I could write all day about the polarization of media and politics, and increasing geopolitical instability — and if you haven’t already stopped reading, you would right there.

Yet, I do believe it’s important to touch on the last one that may very well be at the root of a lot of this disruption: Rising inequality. I will always remember Barton’s assessment on this file: “We are living in parallel universes” when the richest 62 individuals in the world have the same wealth as the bottom half of humanity. On a more relatable scale, 65-70 per cent of advanced economy households also had flat or falling incomes between 2005 and 2014. That’s our neighbours. That’s you and I.

Now, why is this all important?

What does the changing global landscape have to do with manufacturing on the Prairies?

We are no longer insulated in our own bubble. We are amongst the most trade-dependent, globally exposed jurisdictions on the planet. Our supply chains, our outlook on business opportunities, our R&D efforts, our technology strategies, and our workforce planning must all take into account influences beyond our singular control.

Embrace the challenge. Because, despite the hardships, Prairie manufacturers are better positioned to capitalize on the opportunity than anyone else.