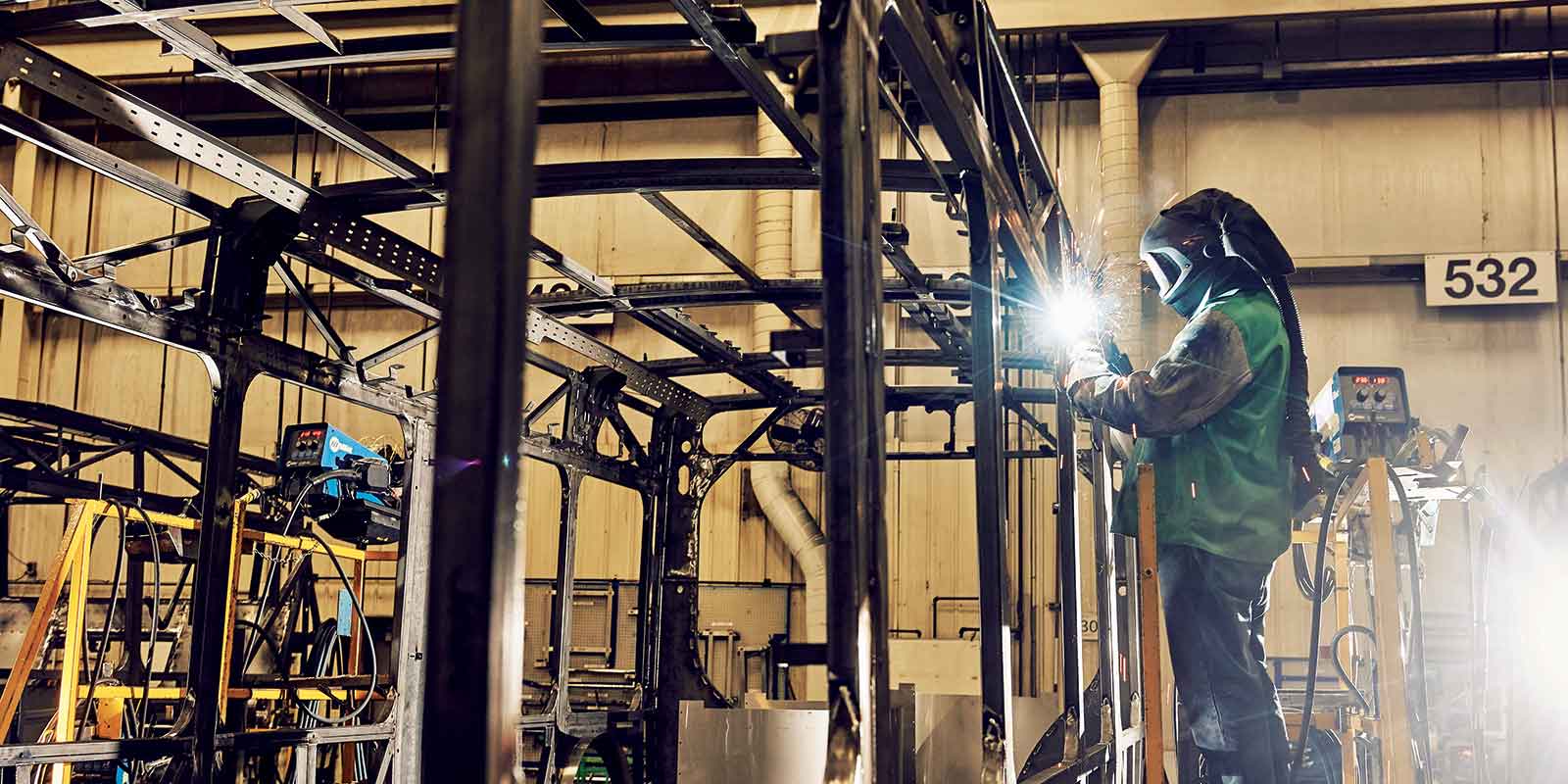 The Canada-U.S. trade relationship is on shaky ground — and that may have long-term impacts, regardless of how NAFTA negotiations play out.

They say you can’t choose your family, but you can choose your friends. So, if the current Canada-U.S. trade rift constitutes — as President Trump purports — a ‘family squabble,’ the question is: Is it time for Western Canadian manufacturers to find new friends?

While the world as we know it isn’t coming to an end, the fracture of international trade norms is shaking up traditional business dynamics for many Prairie manufacturers. Yet, the actual macroeconomic impact has been modest — at least so far.

According to Statistics Canada, the country’s trade gap in June dropped to $626 million, down from $2.7 billion a month earlier. The bilateral trade surplus with the U.S., meanwhile, hit $4.1 billion — a 24 per cent spike and the largest increase in more than a year. Those numbers came one month after the U.S. imposed 25 per cent tariffs on Canadian steel and 10 per cent tariffs on aluminum.

On July 1, aptly timed for Canada Day, the Trudeau government began enforcing $16 billion in countervailing tariffs on American goods, from steel to ketchup. Economic reports for late July and August, however, continue to show strong growth on both sides of the border.

Perhaps it should come as no surprise. The U.S. market has been the dominant destination for Canadian exporters since long before the introduction of NAFTA. Modern supply chains are so thoroughly integrated, severing ties overnight is not an easy proposition.

But it could also just be a matter of time.

Even before the implementation of new tariffs, North American steel prices jumped 40 per cent, prompting fresh concerns over manufacturing competitiveness. While many companies have been shouldering the additional costs thus far, some experts maintain the inflationary pressures are too strong not to pass onto customers eventually.

For Trent Meyer, president of Regina’s Hi-Tec Profiles, which is a key supplier to local exporting manufacturers, it’s a difficult proposition.

“It’s not as if you raise prices and everyone gets richer,” says Meyer. “You raise prices and people stop buying. That is not a Canadian or American bias. It’s true on both sides of the border. It’s happening already and it going to happen more.”

There is still a chance, though, for disaster to be averted. The conventional wisdom in trade circles is that, sooner or later, a new NAFTA deal will be completed and sanity will prevail. Saskatchewan Trade and Export Partnership CEO Chris Dekker falls into that camp.

“We firmly believe that free trade is a mutual benefit and that the message is being delivered effectively to decision-makers in the U.S.,” he contends. “Eventually, I think NAFTA will be signed and our access into the U.S. will be maintained.”

That does not mean this isn’t a teachable moment. Dekker’s organization is one that champions the need to nurture the relationship with “our most important customer” and seek new business around the world simultaneously. The recent appointment of Winnipeg MP Jim Carr to the newly-created position of Minister of International Trade Diversification is a clear signal the federal government shares Dekker’s position.

That said, there are few national issues as important as smoothing out the current spat between neighbours.

Manufacturers in Alberta, Saskatchewan, and Manitoba collectively sent nearly $31 billion in goods across the 49th Parallel in 2017 alone — roughly 72 of total manufacturing exports, including roughly $6.5 billion in food products, $3.8 billion in petroleum products, and $645 million in agricultural implements.

Former Canadian Ambassador to the U.S. and former Manitoba Premier, Gary Doer, knows better than most how to mend the fray. And it starts with speaking the language of Trump.

Doer believes Carr is a canny appointment because of his long tenure as the head of the Business Council of Manitoba. He says that Carr can speak the language in ways other politicians can’t — and that may help influence the narrative in the Oval Office.

“I think having more on-ramps through a visible federal minister with experience working with business and working with markets is very, very important,” he adds.

The real question is: Does Trump want to listen?

At times, it seems American trade policy is set based on the president’s last conversation instead of decades’ worth of data and institutional knowledge. That is doubly frustrating when contrasted to the prior-established rules of engagement that companies have built entire business strategies around.

Mariette Mulaire, CEO of World Trade Centre Winnipeg, has spent most of her career assisting companies to expand their export markets. She says the Trump administration’s divergence from the status quo has already caused manufacturers to more aggressively hedge their bets.

“We share a border, the same language, and a similar culture with the Americans. There are so many reasons companies are still looking at the States,” she says. “But the need to diversify exports for Canadians is becoming much more obvious now. We can’t rely on markets being as predictable as they have been.”

She, too, is encouraged by the launch of the federal trade diversification department, and believes there are tangible and inexpensive ways government can help manufacturers — especially small and mid-sized — test out new markets.

“For me, it just seems now is the time to take the chance if government can be there to reduce the stress and the level of risk.”

In her previous role with Western Economic Diversification, Mulaire briefly ran a program that allowed exporters developing new markets to hire international relations graduates and receive funding equivalent to a year of those individuals’ salaries. Unfortunately, the program didn’t last long; and, to date, there is little up-front assistance for exporters to either recoup costs resulting from the tariffs or defray costs associated with quickly changing sales focus. The Government of Canada did announce an initiative to issue remission payments in certain circumstances, but Canadian Manufacturers & Exporters (CME) Vice President Ron Koslowsky laments that process has been made “almost impossible.”

Reiss is the president and CEO of GHY International, a 117-year-old customs broker headquartered in Winnipeg. It is his job to assist companies in accessing those payments — and it has been far from easy. Part of the reason is the complexity of the supply chain, which is no longer as straightforward as importing steel, making it into something, and then exporting it.

“The reality of it is there might be an importer of record that then sells onto a distributor. The distributor moves it to another company in the supply chain. Then, it goes to the manufacturer, which ultimately ships it to the U.S.,” outlines Reiss. “The detailed work burden and cost of even tracking that steel to be able to get a potential refund is brutal.”

Most Prairie manufacturers don’t have the comfort of American operations, either. Companies like bus-maker NFI Group (formerly New Flyer Industries) have lived with Buy America quotas for years and now have a well-developed base of manufacturing facilities in the U.S. to complement their Canadian production. But, it is a lengthy and expensive strategy, often too prohibitive for the size of manufacturer that needs it the most.

Instead, breaking out of the cycle of reliance will take time and, most importantly, patience. The trade winds are simply too gusty to pivot fast with any degree of confidence.

“Breaking the mindset is dramatic when you have had globalization as a mantra for such a long time,” says Reiss. “There are so many integrated economies and sectors. To contemplate having that system disturbed — it’s a lot of work to reposition suppliers and a customer-base, even if they are readily available.

“It’s critical that work starts, although I don’t see it ending anytime soon.”