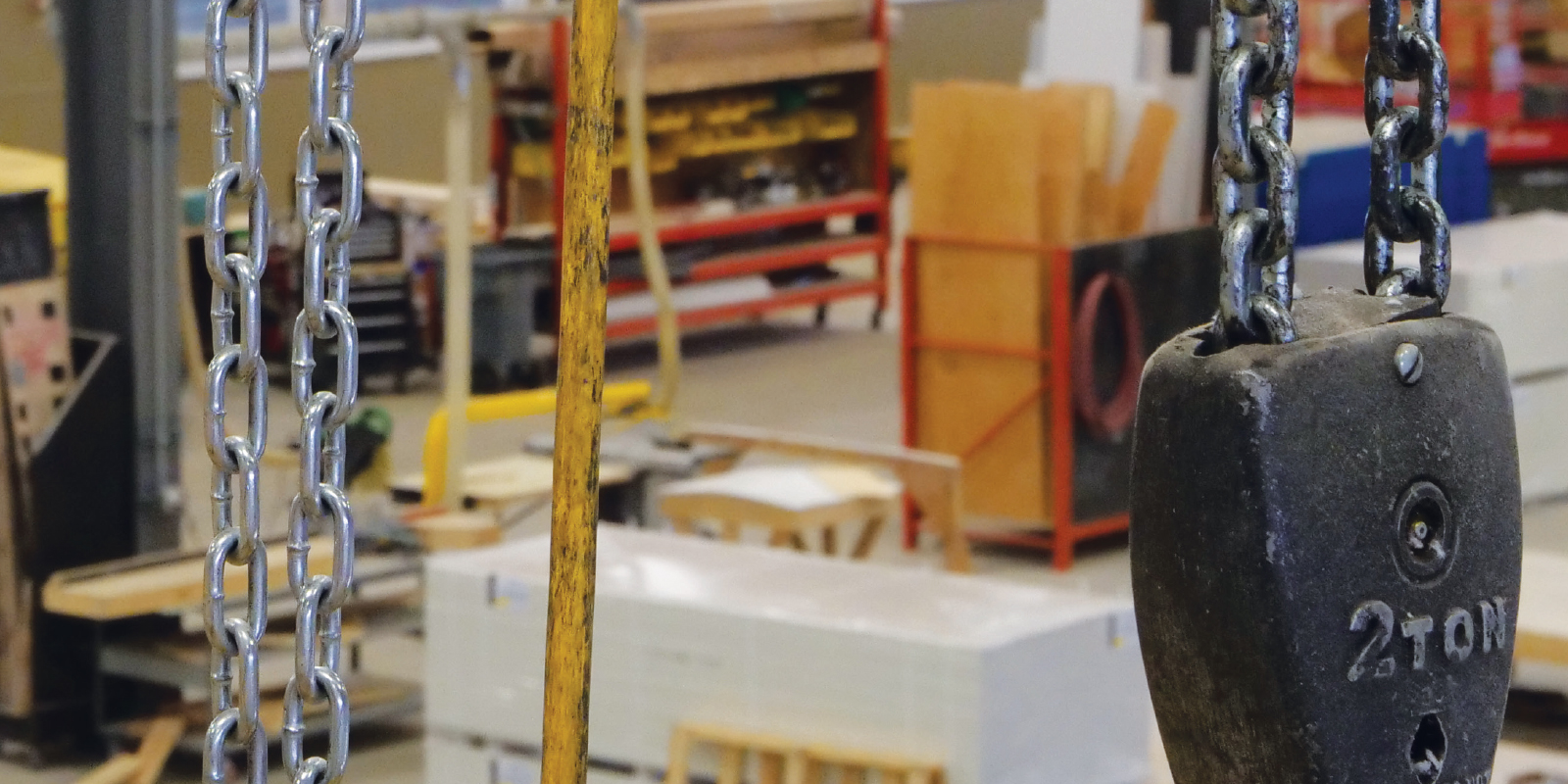 Workplace safety has come a long way over the past decade.

In Saskatchewan, for example, Workers’ Compensation Board (WCB) numbers show the lost-time injury rate per 100 workers stood at 1.86 last year. Only five years ago, it was more than 36 per cent higher, at 2.54.

Most experts credit this success to a tidal change in safety culture, as organizations continue to build robust internal safety programs and governments tighten regulations.

“Ten years ago, a safety program was still a grumble. But, now, people are into it — after a while, it just became a part of daily life,” he says. “I see a change with newer people entering the industry. They’re excited to work for a company where protection is mandatory. They’re coming in already with a positive attitude, and that wasn’t always the case.”

Training and promotion have played a central role as well. Programs like the Manufacturing Management Certificate at Athabasca University have entire modules devoted to safety management, while initiatives such as Mission: Zero, launched by WorkSafe Saskatchewan in 2008, have become a call to action for employers across all three Prairie provinces.

But the ‘mission’ is not yet accomplished. Zero is still the goal. So, we asked three occupational health and safety (OH&S) leaders what their manufacturing enterprises are doing to eliminate lost-time injuries and earn full, enterprise-wide buy-in from their team members at every level. Here is their advice:

Start from the top

Gord Secuur is the branch manager of Advance Tank Centre in Regina, and previously served as corporate director of health, safety, and environment for Advanced Engineered Products. He oversees 26 staff, including 19 mechanics, who service semi-trailer tanks that haul dangerous goods.

“One of the keys to be successful is right from the directing minds down,” he explains. “And, by that, I mean you need support from the company as a whole, the CEO, and senior management. Leaders need to demonstrate the culture they want to instill. When you have that, you can improve by leaps and bounds.”

Train as you intend to do

At C&V Portables, which manufactures moveable buildings for industrial job sites as well as modular components for residential projects, each employee is trained regardless of skills or prior experience. This education is delivered on-site, using the same equipment staff will be using as part of their daily routines.

“We have in-house training for both forklift and skyjack operation, and fall protection,” says Human Resources Manager Lisa Fraser. “All new hires are put through extensive orientation that involves an in-depth review of our policies, and they are trained on all the tools they will have in their hands, from the table and mitre saws to drills and the air nailer.”

Black Cat Wear Parts is headquartered in Edmonton, but also has two blade manufacturing facilities and a foundry in Selkirk, Manitoba. The plants and the foundry employ approximately 80 people each.

The company produces wear parts for construction, mining, and road maintenance, including scraper and ripper teeth for large-scale machinery, such as front-end loaders.

“We definitely try not to recreate the wheel,” says Plant Manager Zach Zabizewski. “We’ve been involved with Canadian Manufacturers & Exporters (CME) from a lean perspective for several years, and had a special interest group going focused on safety. That was all about getting people together from different plants to discuss their struggles and the different tools they were using.”

As a result, Black Cat turned its attention to making its own guarding for the machines on the shop floor. They also added safety maps, lift assists, and other controls to help mitigate hazard risk.

“The last three or four years I would say we’ve really seen a cultural shift,” Zabizewski contends. “Now that we’ve walked the walk and shown some of those capital investments, and we have a very collaborative safety committee that works side-by-side in looking at what issues come up — everybody feels like they have a say in our safety program. That has had a direct impact on our culture.”

For C&V Portables, the ability to design its production space from scratch was a major catalyzing factor. In 2014, it opened a new, 90,000-square-foot facility with safety as its core principle.

“The expansion for us was a real turning point,” says Harnish. “We could install what we wanted for air quality, tools, and all the table saws — all hooked up to a dust collection system. We also have a separate welding bay. We were able to redesign the processes and tie them in together when we moved in.”

Harnish believes that the company’s rewards system supports the safety culture by keeping it top-of-mind in a positive — not punitive — and even fun way. ​

“We have a peer system where, when the [safety] committee meets, there are recommendations as to who would qualify for a safety award,” he outlines. “Every month, somebody is drawn and given a gift certificate.

“What makes it work is being peer recommended. As far as culture goes, the staff is always looking for who they think is setting an example — who is going above and beyond to report hazards. That keeps them more cognitive and looking for safety best practices.”

Get to know your employees — and listen to them

That’s the view of Secuur at Advance Tank Centre, who says it comes down to listening, being available, and forming relationships.

“You need to listen. It has to be genuine when you’re listening to staff concerns,” he says. “They have to be involved; they need to have a free say with no restriction. I have an open-door policy: If you have a concern, you can come in and see me.”

Involving employees in hazard assessments and other hands-on safety processes is equally important.

“You have to rely on your employees’ knowledge of the job. I’m a welder by trade, with an extensive background in safety training. But, when it comes to doing a hazard assessment on a certain type or piece of equipment, their input matters. You need to figure out what is going to work for them.

Advance Tank Centre, with products that hit the highway on a perpetual basis, is regulated or monitored through Transport Canada, Measurement Canada, and Saskatchewan Government Insurance, and is also registered with the American Department of Transportation to perform vessel repairs.

Secuur says the company’s relationship with the Safety Association of Saskatchewan Manufacturers (SASM) has been a huge benefit in navigating the high standard of expectations.

“We are audited to the ‘silver level’ of COR (Certificate of Recognition), which we just completed a month ago. That was a big deal for us to get back into place,” he iterates. “I give SASM a lot of credit. I rely on them quite heavily for advice — the way our safety advisor interacts with our employees is so important.”

At the time of this article, Advance had completed nearly 400 days of no lost-time incidents — a first for the company. And they took time to celebrate.

“The deal was that when we passed the audit, when we got to one year, we were going to have a barbeque. Actually, I just handed out their safety award jackets today.”

Black Cat, meanwhile, is a Best Managed Company and earned its Made Safe certification through CME Manitoba just two months ago.

“That was a real celebration for our group — an acknowledgement of how far we’ve come,” beamed Zabizewski. “Those accolades and accomplishments just reinforce the safety culture.”

And, in Alberta, C&V Portables is highly engaged with the Manufacturers Health and Safety Association, accessing training courses for employees and Leadership for Safety Excellence training for supervisors. In addition, C&V is heavily involved with CSA and the Modular Building Institute.

“That’s the nickname for it on the shop floor — an 80-page document with the things that need to be signed off on as we go through the checks and balances to make sure things are 100 per cent,” says Harnish. “It’s our quality control manual and one of the most important documents in our company.”

We can all give an amen to that.