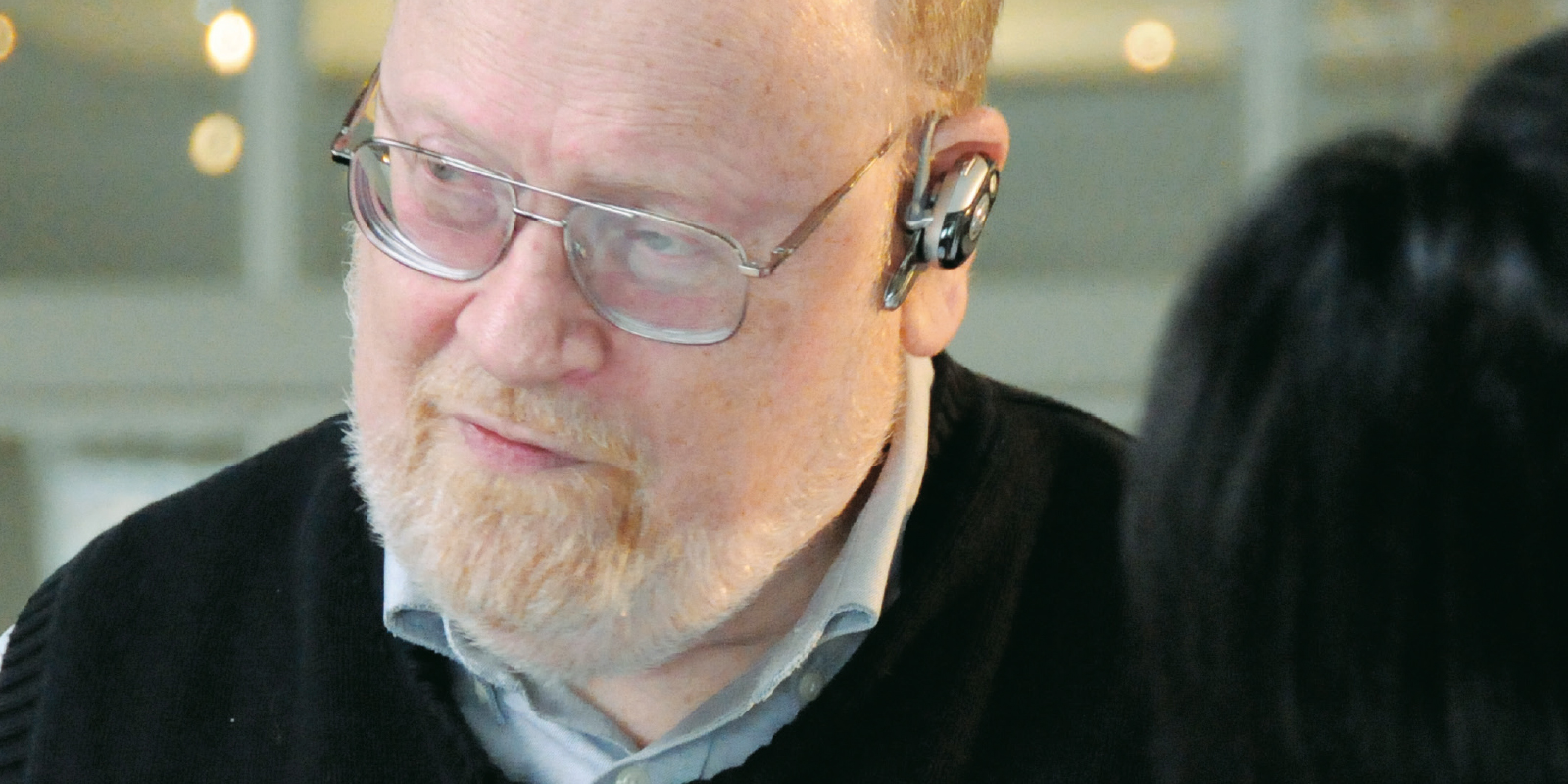 Dave Hogg reflects on three decades in the lean consortia movement, and what they can tell us about the future of Canadian manufacturing.

​What a century this has been for manufacturing.

​Ford’s flow production design — the true root of lean — exploded onto the world stage in 1914, which made it possible to build an unheard-of 9,000 cars per day. Similar technologies boosted the World War II effort, with one high-performing plant churning out 17 B17 bombers in each 24-hour cycle. Then, in 1950, Toyota turned to flow manufacturing principles to stave off bankruptcy, beginning the lean revolution we know today.

​Experts are realizing that lean will be a crucial factor in setting the stage for the next advanced manufacturing landscape — commonly referred to as Industry 4.0. In fact, lean is found today in virtually every area of human endeavour; and those with the foresight to have it already in place are finding the future a friendlier place to be, no matter who they serve.

​To be clear, Dan Jones, who co-authored Lean Thinking alongside Jim Womack, sees lean as the founding platform for Industry 4.0. In other words: There can no slacking off when it comes to lean, but rather a call to accelerate its use to remove the waste that is still hampering your competitiveness. And, if you’re looking for a lean refresher, The Lean Strategy is a great book written by international practitioners that will help you create a competitive advantage, unleash your innovation potential, and deliver sustainable growth for your business.

​Indeed, we are heading into one of the most important and challenging times in the history of Canadian manufacturing. We need lean now more than ever, and technology alone is not the answer.

​If there is one thing Toyota has taught us, it is that the best barometer for what lies ahead may be reflecting on what has worked in the past. There is no debate that the consortia movement is at the top of the list. So, given this issue of Prairie Manufacturer Magazine happens to coincide with the 2018 Canadian Lean Conference, I thought I would take this opportunity to give you a glimpse into what lean consortia have faced over the past three-plus decades, and what they have helped their members learn to compete and win in the global marketplace.

Tribal thinking has existed since humans first recognized the value of working together to accomplish things an individual could not accomplish on his or her own.

While lean manufacturing consortia, of course, do not date back to the age of cavemen, their roots can be traced — at least in part — to the economic recession of the early 1980s, when the Ontario government earmarked $40 million to ‘accelerate the effective utilization of advanced manufacturing technology, and the growth of supportive industries, to improve industry productivity and competitiveness.’

Sound familiar? You could drop that same sentence on top of a government program today and it would carry the same resonance. The rules and equipment may have changed, but the game has not.

That eight-figure investment gave birth to five hands-on tech centres, including a CAD/CAM centre, in which yours truly joined near its inception as the organization’s manager of educational programs and services. The initiative brought exposure to real world-class thinking to Canadian companies, thanks to multiple best practices tours to Asia, Europe, and the U.K.

Yet, it was the effort of Canadian Manufacturers & Exporters’ (CME) then-CEO Perrin Beatty — himself from a family of manufacturers — that really lit the initial spark to the consortium movement. In the mid-1980s, he brought over from Denmark Nielse Nielson, who shared his experience as the facilitator for the ‘503 consortia’ that involved 3,000 Danish companies from all sectors.

After the five-year funding commitment for the manufacturing centres lapsed, their 100 employees returned to industry with their newly honed skills.​

Bill Heatherington, who was the president of factory automation equipment manufacturer Allen-Bradley, immediately saw their value, and eventually brought several of them together in 1990 to form the first consortium in Cambridge, Ontario, called the High-Performance Manufacturing Consortium, or HPM for short. I was invited to be the group’s facilitator.

It was a fascinating time to get involved. Manufacturers in the region were searching for a shield against a return to recession, and survival was on everyone’s mind. The urgency gave way to a meaningful desire to work together, think outside-the-box, and do things differently. And wouldn’t you know it: They managed to do just that.

By the mid-90s, HPM was publishing a weekly update that was distributed across Canada, and even received some international recognition. It attracted enough interest that, in 1998, the first consortium outside Ontario finally came together, launching in B.C. through the great work of CME’s Werner Knittel.​

Other provinces soon followed — Manitoba, Saskatchewan, Newfoundland, and beyond. They also endured. Today, Manitoba boasts five consortiums, while the original HPM group is now part of a five-consortium operation in Ontario, with specific focuses on healthcare, manufacturing, not-for-profit operations, and services.

Bob Kerr, who joined me in 2000 to help respond to the demand for new consortia installations across Canada, the U.S., and Australia, was instrumental in this success.

Houston, we have a problem

This is the part of the column where I get to muse about the current state of manufacturing in Canada and how it relates to what I’ve seen through my time working arm-in-arm with consortia members.

The biggest problem today as I see it is that our competitors are out-preparing us when it comes to their readiness to deploy and profit from new technologies, such as artificial intelligence. Two recent surveys, one by the United Nations and one by the World Economic Forum, placed Canadian manufacturers 15th and 14th respectively in overall competitiveness.

Although these numbers may sound respectable, our competitors have been slipping by us steadily since the 2008-09 recession. We now trail the likes of Sweden, France, Italy, Brazil, and the list goes on.

Are you still comfortable? As new trade pacts like the Comprehensive and Economic Trade Agreement with the European Union now come online, these pressures are only going to mount.​

If there is any news to take solace in, it’s that we are not alone. Our Australian peers are struggling, too, after the complete collapse of their auto-making industry last year. Not so obvious was its impact on the loss of the innovation pipelines that had been built over the last 50 years. Some Aussie leaders now contend that only 10 per cent of homegrown manufacturers can compete globally.

I think the lesson worth considering here is that you must strike a balance between efficiency innovation — or lean — and the type of disruptive innovation championed by Clayton Christensen. The Lean Enterprise Institute’s John Shook recently mused that ‘innovation is the new lean’ — and it’s a concept that merits careful thought in your own organization.

My first boss at Westinghouse once said to me in his stiff naval accent, “Lad, never forget that you can’t change the past, but what you improve in the present opens doors to the future.”

The challenge that Canada now faces is to learn from our poor anticipation of and response to the recession of 2008-09, and to accelerate our efforts to get closer to our customers. How else will we know how to make them more successful before someone else does?

Or, we can choose the status quo.

Technology may — or it may not — be a large part of the answer. Before running off to make that investment, start by honestly evaluating the direction you’re now pointing. Realign it, where necessary, and enforce it with discipline.

Top leaders use vision as a powerful driver of corporate direction. Properly crafted, it is your desired future state — tomorrow’s reality expressed as an idea today. It is not general information, nor should it simply be exploited to drive conversations, meetings, or objectives, absolving you of true accountability. After 30 years of walking through factories, the question ‘What is your company’s vision and what is your role in it?’ evokes blank stares more often than not from random employees.

Done correctly, everyone in the organization should be able to understand clearly where you are going, and why. They should have full confidence that management is 100 per cent supportive of both them and the direction. Finally, they should know their role and exactly what is expected of them.

While perspectives give us a point of view, the perceptions gleaned from those points form the mental models upon which we make decisions.

Everyone has their own idea of what world-class looks like based on their life experiences. Hence, all will be different, which results in much argument, frustration, and waste. Somehow, we must enable everyone to develop a common understanding and ability to identify true world-class behaviours.

We used a very simple mental model to establish many consortia over the years, consisting of very different companies of very different sizes, visions, and maturities — each steeped in their own time-developed cultures and perspectives. We borrowed this model from Industry Week Publisher John Brandt, who benchmarked competitive characteristics and compared them against high-performing manufacturers around the world. ​

From 1983 right through to 2014, the top characteristic of a high-performing organization was being customer-focused. In 30 years, it didn’t change. The customer may have changed. The way companies collaborate with the customer definitely has. Yet, that overarching true north has not.

A final word of advice

Now that I am retired, enjoying life in beautiful Penticton, B.C., I have had ample time to look back on my career and how I have seen hundreds — if not thousands — of manufacturers emerge and thrive, flounder and disappear. And I can say confidently there is a very fine line separating all of them.

Hire the best ones you can find. Treat them well. Invest in them. Keep them. Help them grow. Almost always, your business will grow along with them.

Dave Hogg is one of Canada’s premier thought leaders on lean manufacturing, and previously served as long-time editor of the distinguished Accelerate the Journey newsletter.