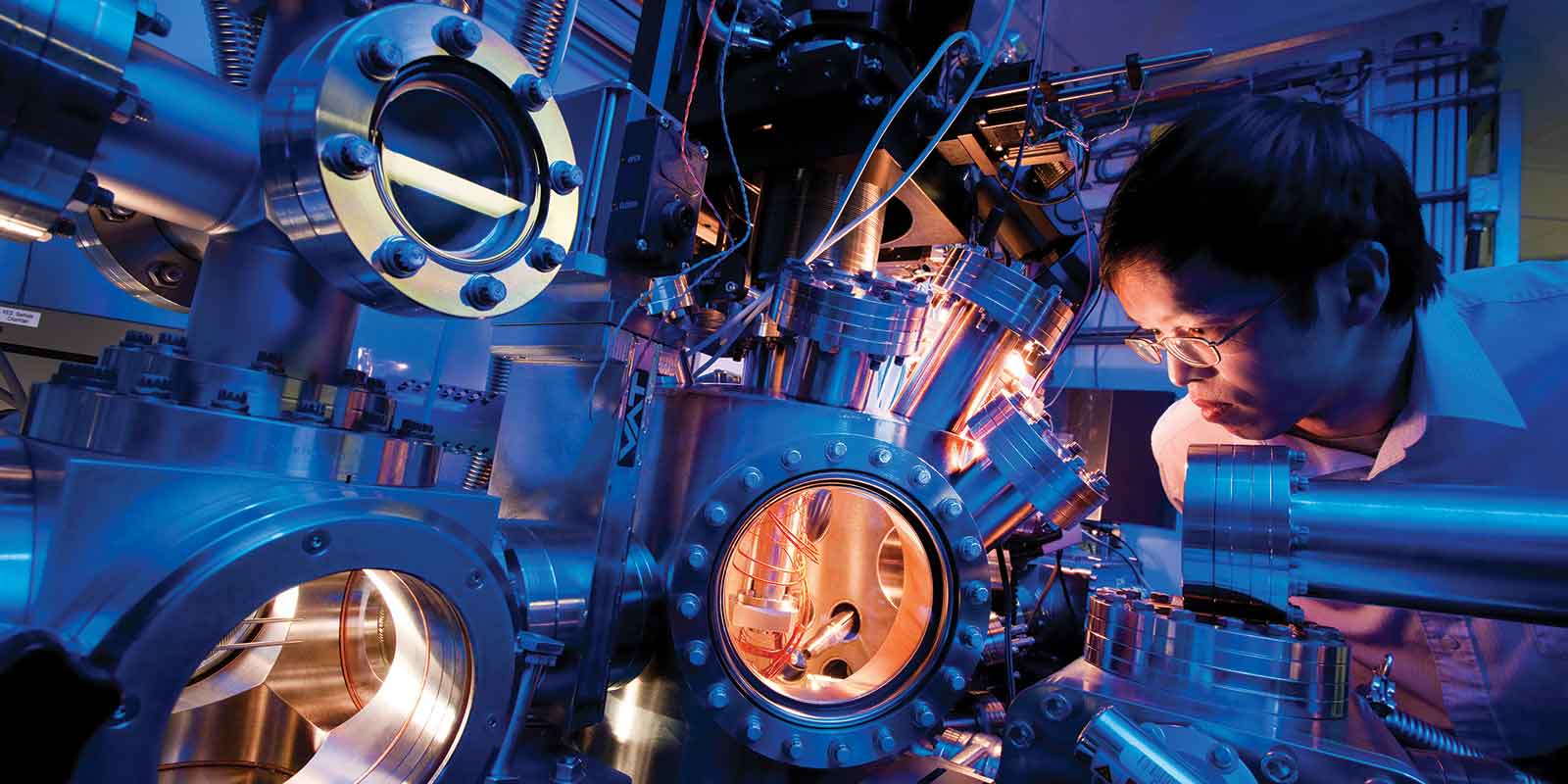 The Prairies are home to some of the best R&D and commercialization assets on the planet — but are they being used to their full potential?

One attribute most representative of Prairie manufacturing is part and parcel with perhaps its primary ongoing challenge: Innovation.

With such a diversified base — from resource development supply and aerospace to ground transportation vehicles and agricultural implements — building the right supports to assist in research and development is not an easy task. Factor in geography, limited government resources, and a collective population roughly the size of the Greater Toronto Area, and there are immediately competitive restraints.

That said, Prairie manufacturers are no strangers to competition, either. They thrive on it. But as the rest of the world vies for position at the top of the value chain, decisions on where and how to invest public dollars in manufacturing innovation have become more vital than ever before.

It starts with accessibility, industry alignment, and a technological anticipation of the market.

Take, for instance, the Winnipeg-based Composites Innovation Centre (CIC). Formed in 2003, the facility has steadily grown in both capacity and utilization, booking more than $1 million in private sector projects annually. According to CIC President & CEO Sean McKay, the centre’s role is to strategically complement and accelerate — not replace — a company’s internal commercialization efforts.

“We’re supporting businesses that want to go out and do something that they would feel less comfortable doing unless there was a degree of risk mitigation,” he explains.

Case in point: The Eastside Group of Companies. What began as an automotive repair business in 1979 has since reinvented itself several times over. Eight years ago, it waded even further outside its comfort zone, establishing an industrial coatings and composites division. Today, Eastside is a top-tier supplier to such OEMs as BUHLER Industries, MacDon Industries, and Polaris.

“When we first started to get into composite manufacturing, we talked to CIC and got some help from the folks at NRC-IRAP (the National Research Council – Industrial Research Assistance Program),” says Chad Brick, president of the Eastside Group. “We went out and found our own work, but CIC was instrumental in helping us figure out equipment and plant design.”

That relationship hasn’t stopped there. Eastside’s latest business line continues to leverage the expertise at CIC to explore exciting new opportunities. Their latest foray is manufacturing consumer landscape products out of bio-based composites. These natural fibres include waste streams, like flax straw, that otherwise would be discarded.

It’s only a small part of the business, and Brick acknowledges the company is still behind where it needs to be on marketing consumer products in general; however, it is the future potential of bio-composites that excites him.

“We’re big on innovation. We always want to be trying something new,” he enthuses. “This is a new substrate, and it’s going to gain traction. The government is interested; the auto sector is interested — it’s only a matter of time.”

The CIC has been at the forefront in Canada, and one of the leaders in the world, when it comes to the development of bio-composites. It’s currently in the process of creating what would become the first bio-fibre grading data bank, parsing individual bio-fibre properties that could, in theory, compare fibre inputs grown in Manitoba to those from other regions.

And Brick wants to be ready for the wave of commercialization that is sure to follow.

“I want to make sure we are the most knowledgeable to manufacture with it. I want that edge.”

Brick’s sentiment captures one of the primary tenets behind the need to nurture a world-class innovation infrastructure across the Prairies. It’s about coming up with ways to give local companies a leg-up on the continuous flood of fresh ideas necessary to be competitive in the global arena.

Next door in Saskatchewan, industrial scientists and technicians from across North America are lining up at the Canadian Light Source (CLS), eager to secure time working with the facility’s $200 million synchrotron — the only of its kind in the country.

Synchrotrons use radio frequency waves and electro-magnets to generate brilliant light that can help gather information about the structural and chemical properties of materials at a molecular level. Energy giant Chevron, steel producer Evraz, and sports start-up Shutout Solutions are three examples of companies that have leaned on the CLS for backing.

Chief Industrial Science Officer, Jeffrey Cutler, points out that even though the work stations operate 24 hours per day, six days per week, they are oversubscribed by 50-60 per cent, with a burgeoning demand from a wide swath of sectors.

Some critics suggest the synchrotron is too heavily occupied with primary rather than applied scientific research, but Cutler notes there is a very sharp sensitivity to the kind of impact research CLS can offer in formulating product concepts.

“Industry definitely sees the value of having access to the CLS, because they know it will help them get their products to market faster,” he says.

Speeding up product development is something NRC-IRAP has long championed. Many in the manufacturing sector highlight the 70-year-old initiative as one of the most effective government supports available.

Andrew McNaughton is NRC-IRAP’s Calgary-based executive director for the Prairie region, and head of the new IRAP International program. His office manages roughly 900 projects each year, and aims to be agile in response to the needs of the market.

“When the price of oil decreased dramatically, we had to switch gears,” he says. “But for every company we are serving, there are still 10 more lined up behind them.”

Not all innovation supports, however, are as subscribed as they’d like to be — particularly those that have transitioned away from their reliance of government funding towards a more business-centric, fee-for-service approach.

The Prairie Agricultural Machinery Institute (PAMI) is one of those entities. Despite a sterling reputation for helping introduce some of Canada’s premier innovations, the economic slowdown means fewer companies are investing in R&D and commercialization, thereby leaving a gap in the organization’s operating budget.

“We could definitely be busier,” exclaims PAMI President & CEO David Gullacher. “It’s up to us, though, to present ourselves to industry and to add value for our customers.”

In part, that means expanding outside its traditional clientele. PAMI no longer restricts its equipment development and testing projects solely to agricultural clients. In fact, it recently completed a major project for the Department of National Defense, and does a substantial volume of work for the ground transportation industry.

As Prairie manufacturers grapple with rising costs, fluctuating labour pools, and capacity restraints, the push for innovation does not stop at product development. Process innovation is equally as important.

That’s why, in February 2015, Manitoba’s Industrial Technology Centre (ITC) unveiled its Robotics Demonstration Facility. Here, manufacturers can prove out a process concept to confirm whether robotic equipment can perform a particular function with the accuracy and quality required — before making the capital investment.

The hope is that, by removing some of the cost risk associated with integration, more Canadian manufacturers will begin to consider robotics a viable option.

And not a minute too soon. The International Federation of Robotics reports worldwide industrial robot sales are up 12 per cent in the first quarter of 2016, and that Asia — one of North America’s chief manufacturing competitors — now accounts for two-thirds of the overall total.

The elephant in the room has been mere awareness. Akin to many other public innovation assets, the ITC does not have the marketing resources necessary for large-scale promotional campaigns. That’s compounded by the fact these organizations are not just marketing capabilities or services — they are developing entire markets, by drawing companies into the innovation space that may not otherwise find their way.

It takes dollars, and a skill set, not necessarily inherent to the engineering crowd.

Back in Saskatoon, Dale Kelly is no stranger to fighting that battle. The CEO of POS Bio-Sciences — a federally funded-turned-private R&D facility specializing in the fractionation, modification and purification of bio-based materials — often muses Prairie capacities are more recognized outside of Canada than in our own backyard. The company has completed more than 5,400 projects for clients into close to 50 countries — including in agricultural bio-technology, food ingredients, cosmetics, nutraceuticals, and medical devices — yet, less than one-fifth of its revenue comes from Canadian customers.

“POS is unlike any other facility on the continent; and, I can say with a reasonable degree of confidence, our region has many other resources, experts, and institutions that are in the same boat,” notes Kelly. “There is so much potential we haven’t even begun to explore. The Prairies produce a lot of what the world needs, and we have the tools here to extract the most value possible out of those raw commodities. It’s now up to us to connect the dots.”

As for how to get more companies along the path from concept to commercialization?

“We need to do a better job telling our story,” he says. “I truly believe that Western Canada is the best place in the world to innovate. We have the know-how, we have the facilities, we have the business environment — it’s time to take stock of all the great things we have going for us and start trumpeting that story in every corner of the global economy.

“There is an abundance of innovative people already here — smart people that have created significant wealth in many sectors, including manufacturing. That, I think, signals courageous and proven entrepreneurship is alive and well in the west.”