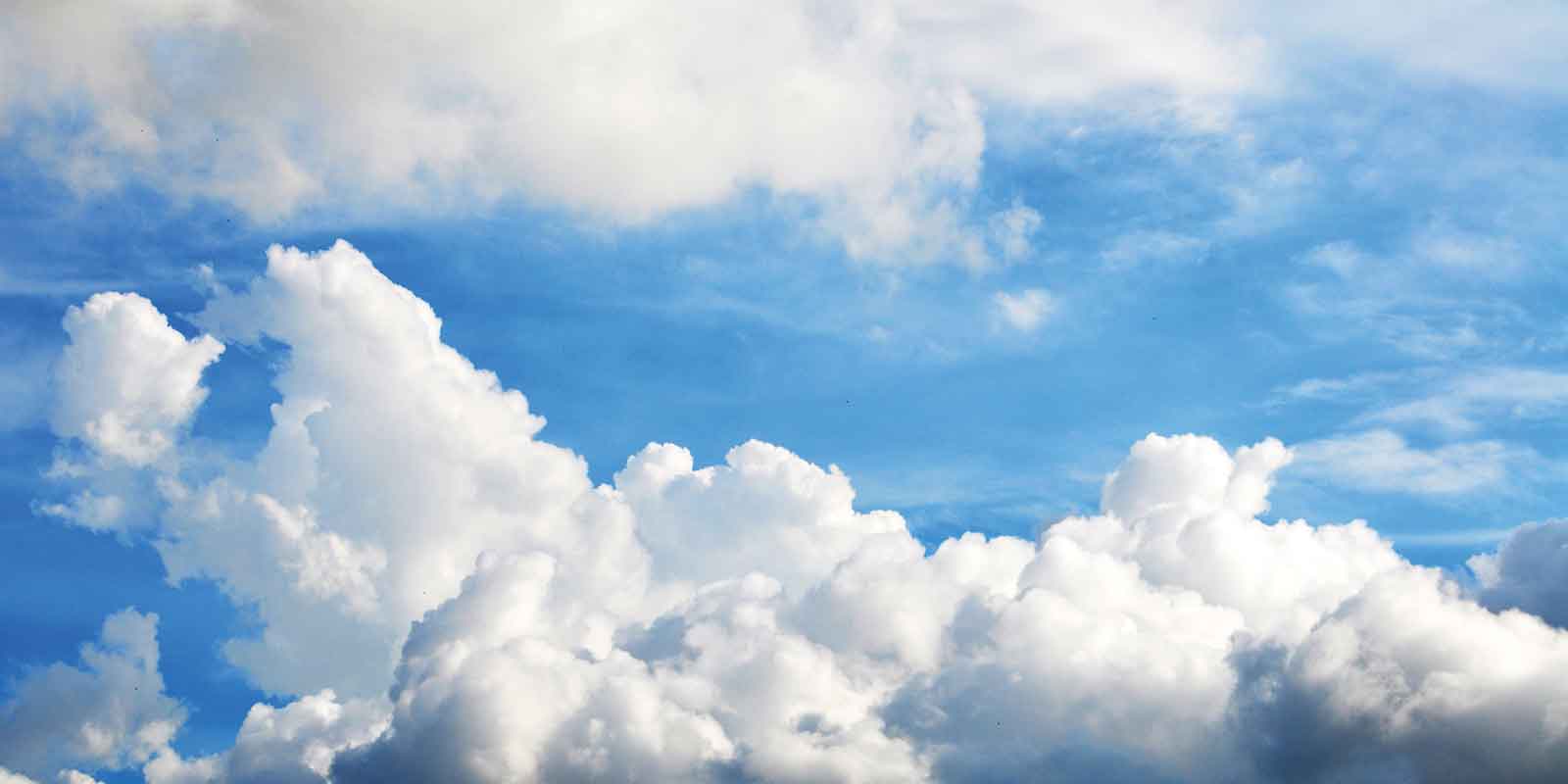 When the National Hockey League announced a franchise would be returning to Winnipeg for the 2011-12 season, there was little public debate around what the team should be called. Since 1972, they were, and in the minds of fans, would always be known as the Jets — an homage to the city’s historied roots in aviation.

Many believe the Canadian Football League’s Winnipeg Blue Bombers garnered their name from the same source. But, in fact, it is widely attributed to a Winnipeg Tribune sports writer, who had referred to the moniker in 1935 after famed boxer Joe Louis had coined the nickname the ‘Brown Bomber.’

The mix-up is understandable. Aerospace is, after all, an intrinsic part of Manitoba’s DNA.

Diving into the archives, it is not difficult to see why. The sector dates back more than a century, anchored in the romantic past of trading days at The Forks — the confluence of the Assiniboine and Red Rivers.

Fast forward to today, the province is home to the third largest aerospace cluster in Canada, surpassing $1.9 billion in annual sales and housing some of the world’s most recognizable brands, from GE Aviation and Boeing to Rolls-Royce and Pratt & Whitney.

It hasn’t evolved to its current state by chance, although geography and a pair of World Wars have played an undeniable role. It has required vision, generational leadership, and an unwavering belief that Manitoba has a natural affinity to soar.

Two of the top aerospace pioneers didn’t just find their way to Winnipeg — it was where they first spread their wings.

It began with Standard Machine Works (which is still in operation today) — the precursor to StandardAero, the largest independent small-turbine engine maintenance company on the planet. Like many Prairie businesses, StandardAero’s Senior Vice President of Technology, Kim Olson, points to the firm’s humble origins as the foundation for its success.

“We really trace our lineage back to 1911, starting with a little farm machine shop,” says Olson, who notes the company now employs roughly 1,250 people in its Winnipeg facility alone. “In wartime, we got into aircraft engines, and we grew from there.”

Shortly after Standard Machine Works embarked on its rise to prominence, in 1914, MacDonald Brothers Sheet Metal charged into the marketplace, manufacturing floats for bush planes. As the First World War began to take shape, the company pulled up stakes from its second floor factory in downtown Winnipeg, and moved into hangars on the outskirts of the city to allow for the outfitting of larger aircraft.

Out of that transition, Magellan Aerospace was born.

Other smaller companies followed. But it wasn’t until more than a decade later, long after the armistice was signed, the next major player entered the stage.

That man was James A. Richardson, the modern-day namesake of the Winnipeg International Airport. After taking over as president of his grandfather’s grain exporting empire, Richardson turned his sights to aviation, founding Western Canadian Airlines to serve the mining community of Red Lake Ontario, and then Manitoba’s northern mining assets. The company eventually merged into the fledgling Trans-Canada Air Lines in 1936.

War soon returned. And Manitoba became an epicentre of the British Commonwealth Air Training Plan in 1939, which brought pilots from the United Kingdom over to the Canadian Prairies.

After the Allies declared victory, Manitoba’s aviation community began to transform yet again.

In the 1960s, Winnipeg’s Bristol Aerospace unveiled the Black Brant sounding rocket, a multi-stage system used to carry payloads to high altitudes. Within a decade, the cluster had added significantly more space to the aero, and the arrival of Boeing in 1971 solidified an identity that has since been the envy of North America.

“Boeing Canada Winnipeg has established itself as a reliable, innovative, and proficient supplier to Boeing,” says Terry Trupp, communications specialist with Boeing Canada. “Ever since winning important contracts to build parts for the 787 Dreamliner a decade ago, Boeing’s Winnipeg operation has increasingly been tapped to construct some of the company’s most complex composite parts assemblies.”

History notwithstanding, industry clusters seldom thrive without intentional care. For the 40-plus companies in the province engaged in the sector, Manitoba Aerospace has served as that catalyst.

“You could probably call it orchestrated madness,” quips Wendell Wiebe, CEO of Manitoba Aerospace. “We usually have in the vicinity of 150 volunteers from across business and academia engaging youth in activities that are seamlessly aligned with science curriculum.

“It’s a significant investment of time; but if you don’t make that investment and have a system to attract young people into the industry, the industry won’t be able to sustain itself.”

Similarly, a healthy manufacturing and service cluster is dependent on a well-rounded, capable supply chain.

It is a subject of personal significance to Wiebe, who came over from Magellan Aerospace in 2009 to, in part, strengthen this support.

“That was one of the things that enticed me to [Manitoba Aerospace] — to work on the Competitive Edge program,” he recalls. “It focuses on 11 business processes, and assesses companies to evaluate how robust they are. Then, the participating companies get assistance from the ‘big three’ (StandardAero, Magellan Aerospace, and Boeing) to improve their performance to a place where they can realistically become suppliers.”

In other industries, it may be odd to see competitors — regardless if they are direct competitors or merely competitors for resources and talent — working so closely together. Wiebe, however, believes it is part Prairie mentality, and part necessity.

“When you see someone on the side of the road in a blizzard, you stop to help — it’s a life or death situation,” he says. “Aerospace here is no different. It’s supportive, collaborative, and collegial. There’s a can-do attitude to problem solving that’s a special thing to behold.”

Unless you’ve spent time in Manitoba or have read through the volumes of literature recapping the progress of the sector, the ordinary Prairie manufacturer may not have a solid grasp on exactly what aerospace companies do here.

There’s Micropilot — a global trailblazer in the development of autopilot systems for unmanned aerial vehicles.

StandardAero, on the other hand, dismantles, inspects, and overhauls engines before they are reinstalled on aircrafts. Each engine type even has its own facility.

“We’re in multiple buildings, each housing a different business unit; however, we view ourselves as one site,” explains Olson. “We’re quite diversified in this location. That allows us to use that specialization and leverage our skill sets on different products.”

The company has expanded well beyond Winnipeg, to the U.S., Europe, Australia, and mid-east Asia.

Down the road, meanwhile, Magellan remains an icon of the aerospace world, employing 700 people in its 800,000-square-foot Winnipeg facility.

Paul Heide, general manager of Magellan Winnipeg, as well as chair of the board of Manitoba Aerospace, says the company concentrates on three distinct business lines.

The first is the manufacture of defence and space solutions.

“We produce several different rockets, and the main competency there is propellant and chemical production,” he details. “We build the CRV-7 and the Black Brant rockets. That business group also evolved through the 1970s and 1980s into manufacturing satellite busses — the brains of a satellite. The bus carries the experiment or instrument into space, keeps it positioned, and has solar panels on it to provide power.”

The second is airframe structures.

During World War II, the Avro Anson — a British twin-engine warplane — was produced out of the Winnipeg plant. More recently, the pre-eminent part has been the horizontal tail for the F-35 fighter.

And, third, is a mix of engine components, and the maintenance and repair of engine sub-components — baring a degree of similarity to StandardAero.

Heide adds there are several other enterprises in the province forging new ground in areas such as spacecraft design and integration, aircraft modification and certification, cold weather and environmental testing, as well as military and civilian pilot training.

“Sure, there are some small overlaps that exist. They’re not considerable, though. It keeps us out of the corners most of the time,” he says, harkening a hockey analogy fitting for the Prairies. “Where we do compete, you bet, we’ll get our elbows and our sticks up — but we always do so in the nicest possible way.”

Manitoba Aerospace By the Numbers

$3 billion – Dollar value of aerospace product exports over the past decade, including $400 million to emerging markets

6 – Number of continents shipped to by Manitoba aerospace companies