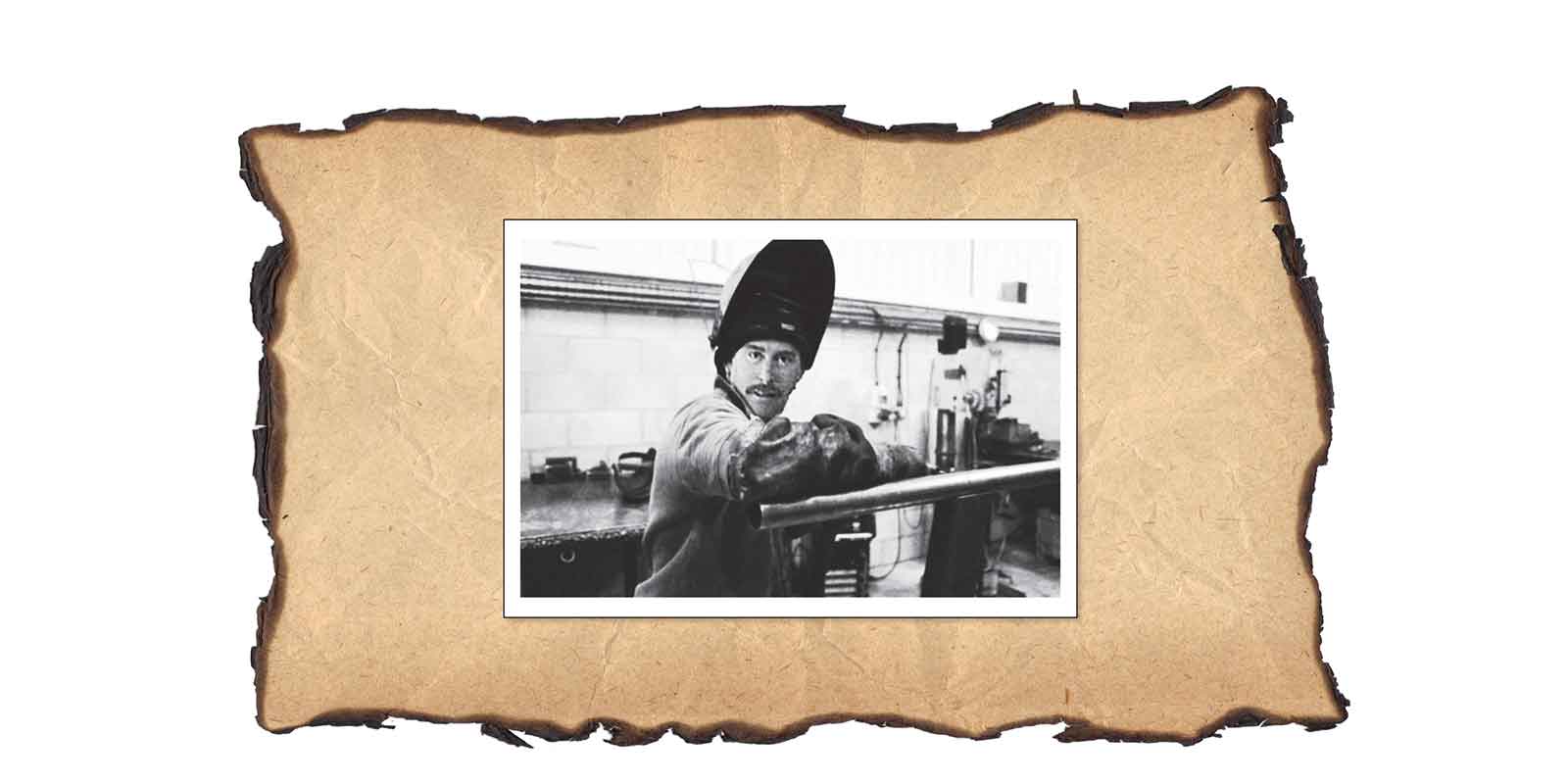 For us, it never was a decision if we would take over the family business. It’s not like we sat down when we were all 10 or 12 years old and said, “Okay, this is the road map. This is what you guys will be doing; here’s how it will look, and here’s how it will work.”

My two brothers and I (Jason, older than me by two years, and Scott, younger than me by three years) generally had an interest in the business. And, when we were still in high school, we always held summer jobs in various positions at the shop. We did everything, from sweeping the parking lot and driving forklift to servicing end-customers’ trailer brakes and unloading trucks. As we grew, we found we shared a passion for fixing problems and things that bugged us.

That inherently led us to take on more responsibility year after year. It was around 2007 and 2008 we found our way into critical roles in the business.

With this responsibility, we were met with skepticism and resistance to change from the other middle and senior managers — largely because we were the “owners’ kids.” There were a few managers that occasionally agreed and believed in the changes we wanted to implement; however, most of management at that time was comfortable with the status quo. To drive and push solutions forward, we would meet with our father, explain the issue and what we believed the solution was, and he would help work with everyone to implement the change (or a compromise of that change).

This went on for about a year. At that point, I was 21 years old. My older brother, meanwhile, was 23, and my younger brother, 18. Then, one day, we ended up getting into a heated debate with the purchasing manager about changing our purchasing process. Long story short: About three weeks later, that manager submitted his notice.

Later that week, another manager met with our father and shared his concerns over the changes my brothers and I were trying to implement (these were all changes to office processes, I mind you — nothing to do with a company-wide lean implementation or anything of that magnitude). My father realized he needed to have a conversation with us: Either we decide to believe in the business and what we can do with it, or we back off and allow the business to run as it had been in the past and stop questioning the way current managers were operating.

This is when it became real for us. We had to dig deep and truly decide if the family business was the career path we wanted. We knew if we stayed involved, the mangers we had in-place would most likely leave, and we would be left to figure out how the business can and should run. We knew we would always have guidance and input from our father, but a lot more responsibility would fall onto our shoulders.

Our family was very close and did a lot together, so we sat down one evening and had an informal family dinner, to discuss my brothers’ and I’s future. As we dug deeper into the conversation, there was a couple guiding values that became very clear to us (these principles had always been there, we just were not necessarily conscious of them).

The first value was candor. We had — and have — the ability to be brutally honest with each other and ask the hard questions. There were times that we would be extremely frustrated or raise our voices, but, deep down, we all knew it was never personal — it was always for the betterment of the business and to improve the process. Sometimes, we had to let things sit for 24 hours; but when we reflected, we always came out with a better way.

This candor started to get noticed within the business, and still rings true within our company to this day. We encourage everyone to always speak their minds, and to never leave a huddle or meeting in silent disagreement. The only way to move ahead is if all the cards are on the table so that the most informed decision can be made. Candor allows a business to understand what everyone is thinking. You might not always agree, yet at least you can move towards a common direction as a team.

All family business owners know there are many externalities that will directly and indirectly influence the decision-making process. Sometimes it can become a bit convoluted and very challenging, although we always make sure the family first value holds true, and that ultimately helps guide us to a decision.

Once we realized these values had always existed, we made sure we were conscious of them and never let them fall by the wayside. From here, it became evident that the three of us were going to transition into senior management roles, and eventually take over the business.

Certain managers that didn’t believe in that approach ended up leaving within a year. Other managers jumped onboard and were all-in on the change process and adopting a philosophy of continuous improvement. Eventually, when it was decided that I would assume the general manager role, the previous general manager was very good to work with. We put together a six-month transition plan and moved ahead with that. Our previous general manager and I are still good friends and stay in touch to this day.

As we earned a couple years of senior management experience, our father was incredibly patient. He always seemed to know the perfect balance of when he needed to step in and provide guidance and direction, yet never stepped on our toes or micro-managed the day-to-day. He gave us enough flexibility to learn and make mistakes and grow. I can’t imagine being in his position, watching his kids in their 20s take over what he had built for more than 30 years. It would be difficult to let go of the reigns. Fortunately, the four of us also had our mother, who remains the glue that keeps everything together, even through the toughest disagreements.

Up to this point, whether right or wrong, we never had a lawyer, banker, or accountant directly involved in the transition. We kept them in the loop and wanted their input on different succession strategies, but we knew we needed to feel out the transitionary years, and ensure we all found our roles, hit our stride, and confirm we could make it work.

It was only at that point we officially sat down to finalize the legalities of it all. We felt if we did that up-front and didn’t have the experience or trial-and-error under our belts, we would potentially be wasting a bunch of time and money on legal aspects (unanimous shareholder agreements, tax planning from one generation to the next, and so on) that weren’t yet important.

Don’t get me wrong: There is no substitute for professional advice. Without a shared vision, though, every family succession is doomed to fail.

Ryan Sailer is general manager of Southland Trailer Corp. Southland employs approximately 175 people and operates out of an 80,000-square-foot facility in Lethbridge, Alberta.