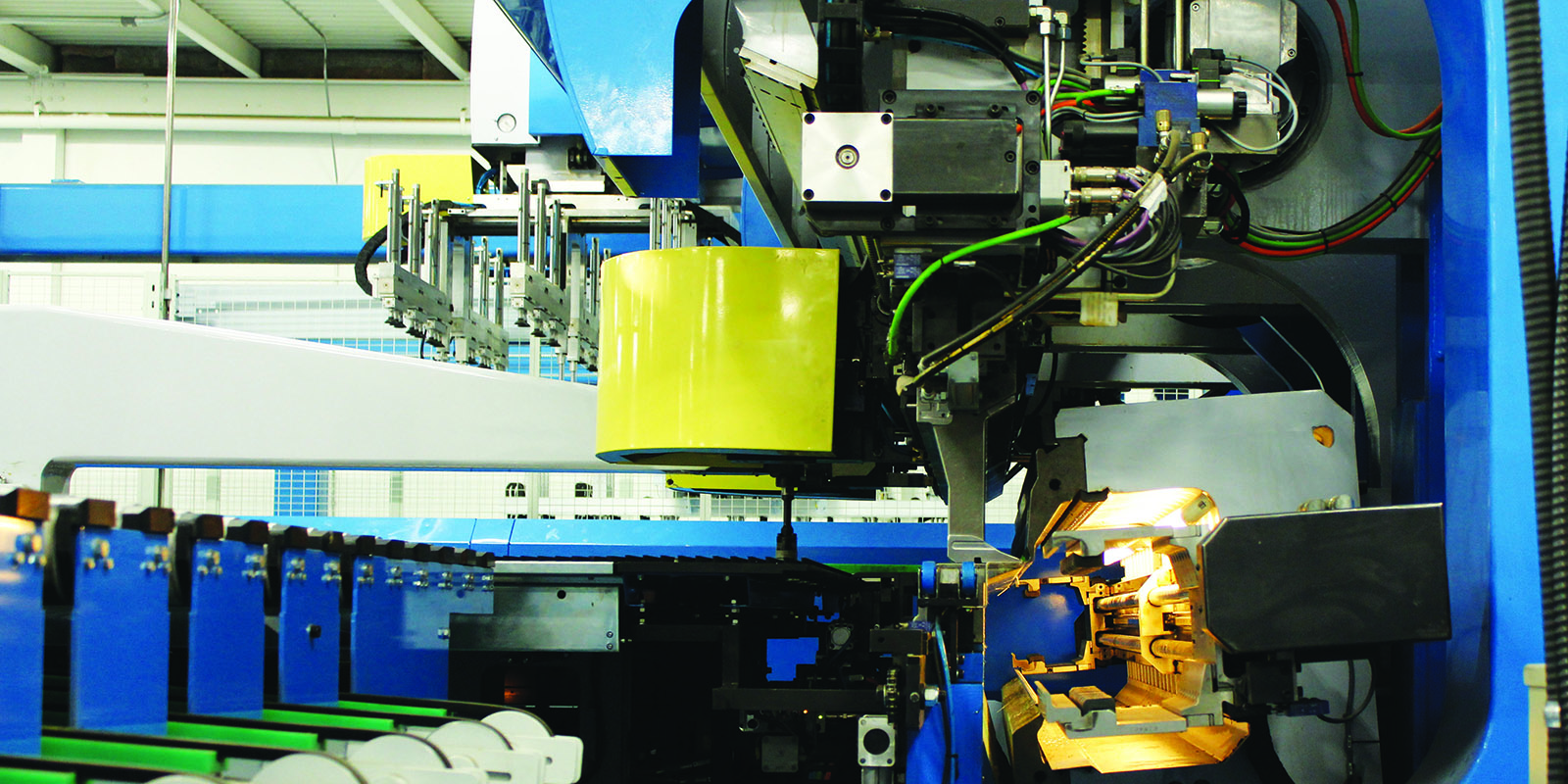 Shorthand for perfect vision, is 2020 the beginning of a new clarity for manufacturers?

Cleopatra, the last Queen of Egypt, lived nearly 500 years closer to the release of the iPhone than to the construction of the Great Pyramids of Giza.

It took humans less than 63 years to advance from the first successful powered flight of the Wright Brothers at Kitty Hawk to having people land on the Moon.

Oxford University in the United Kingdom was founded in 1249, nearly 100 years before the start of the Aztec civilization at Tenochtitlán in present day Mexico in 1325.

And perhaps most mind-blowing is that everything you see today – right at this very moment – has happened in the past, not the present. This is due to an inherent processing lag of our brains and optic organs of about 50 milliseconds. By the time you actually ‘see’ something, it’s already happened and has probably moved on.

So, what does all this have to do with manufacturing?

The changes we see happening in industry today are really just the results of things already happened, and those things that have happened aren’t actually as distant as we might like to think. What’s more, the changes that we think are still years or decades away are probably right on our doorstep, if not already past the threshold.

As Walter Gretzky passed on to his son, Wayne, in the now-famous – and certainly hackneyed – quote, it’s about “skating to where the puck is going, not where it’s been.”

Welcome to manufacturing in the 21st century!

Back to (and before) Y2K

According to Statistics Canada, during the 1990s, Canada’s manufacturing sector experienced generally strong growth in large part due to trade liberalization, the depreciation of the Canadian dollar, and innovations related to the adoption of information and communications technologies.

However, after 2000, and for the first time since 1961, real manufacturing growth in Canada stalled for more than five years. The factors behind this shift included the bursting of the tech (dotcom) bubble in 2001, a global commodities boom, the appreciation of our dollar in relation to the American currency, and much stronger competition from more countries than ever before. Moreover, the manufacturing sector in Canada was hit hard by lagging productivity growth and cyclical changes in demand.

The recession of 2008-2009 exacerbated the challenges facing the manufacturing sector. While virtually every corner of the economy was hit, the effects were especially strong for manufacturing. GDP volumes in manufacturing declined at an average rate of 9 per cent annually, compared to 2 per cent in the broader business sector.

While the manufacturing sector has generally experienced greater declines than the business sector in downtimes, the 2008-2009 recession was different. Manufacturing took almost three times as long to recover to pre-recession levels, a recovery period longer and slower than anything since the Second World War.

In some regions, sectors, or companies, the recovery may still be ongoing, and performance levels may never actually recover.

But that begs a larger question: is it an issue of recovering to what was, or is it a turning point to head in a new direction in a new way?

“Processors who supply primarily into the local market have had a really difficult time because of the significant loss of sales throughout the Alberta market and Western Canada,” says Bigam.

“In our sector, consolidation of retailers has been a tremendous challenge, especially for the smaller processors and manufacturers. The buying decisions have been moved out of the local area, turned over to Toronto or Vancouver, and the retailers are doing brand consolidations, restricting multiple brands on their shelves, and even reducing the lines they might have carried longer-term.”

“We don’t necessarily have the strong relationships with buyers and decision-makers like we used to, and it’s a challenge getting in front of the folks if you have to fly across the country for a half-hour meeting.

Survival of the innovative

So, what’s a food processor or manufacturer to do in order to not only survive, but thrive in today’s and tomorrow’s market?

In the case of Kinnikinnick Foods, they’re thinking differently and doing things differently to take advantage of the new paradigm.

“We’re innovating and transforming our business, something we’ve done from the start,” says Bigam. “We were the first company to establish a home delivery food service back in 2000, and we’re reinvigorating and refreshing that channel.”

“We use the home delivery channel as a way to trial product developments, introduce new products into the market, and even getting our products to people who don’t live in the urban areas. With our expanded social media use, we’re really working to support this new way of business.”

Many people will know Kinnikinnick as a maker of gluten-free foods, including bread and other baked goods, but Bigam said the company is expanding beyond that horizon to meet growing customer demands for products that are ‘free from’ a variety of allergens.
“We’re making a move away from being just ‘gluten-free’ to making food products that are dairy-free, soy-free, tree nut-free, and even some items that are egg-free. Over the next six to eight months, we will be completely allergen free, which also means our products will be vegan,” says Bigam. “We’re really trying to capture a much broader market segment.”

For many industrial sectors in Canada and around the world, everything shifted in late 2016. Down became up, black became white, and normality and market rationality became strangely and irrationally unknown. President Trump took office in the United States, commodity prices again crashed, and the relative stability of the global political and economic spheres disappeared.

The stability on which businesses generally rely to make their strategic and operational decisions has vanished, and it’s now a case of trying to react quickly enough and hope you’re doing so in the right way.

Glen Vanstone, Vice President of Enterprise Edmonton with Edmonton Economic Development Corporation says that there’s a misconception about manufacturing being a homogeneous sector, rather there’s a cleaving of the industry into two stereotypes: the big shiny metal-thing manufacturers, and the makers of everything else.

“In Alberta, there are two mindsets at play. One is ‘I’m a manufacturer of energy and energy-related things, and it’s what I know, and I will continue to do, despite how painful things might be right now’. The other is the mentality of being a ‘maker’ of things the world wants, and I can find a way to thrive in a world that wants stuff,” says Vanstone.
“The crash in commodity prices has hurt businesses, but that world of abnormally high prices and prosperity is gone, and we’re realizing this is the new normal.”

“We have to recognize the massive value contribution that natural resources make to Canada and Alberta, for sure,” says Vanstone, “but we are in a time of transformation on the business level. We’re moving from businesses simply servicing wealth to businesses creating wealth, and there is some structural imbalance now being sorted out.”

Free the people to add the value

The result of this re-balancing, according to Economic Development Lethbridge CEO, Trevor Lewington, is that the sector’s movement toward Industry 4.0 is happening at the right time and is pushing companies and their leaders to reimagine what it means to be in manufacturing.

Lewington speaks from a place of experience and expertise, having come to his current desk with more than 15 years of executive leadership in the food processing industry, including multiple senior leadership positions at Pepsico’s Frito-Lay plant in Taber, Alberta.

“We’re not talking about companies being completely automated, with no humans and only top-of-the-line equipment,” says Lewington. “It’s more about leveraging the Internet-of-Things with more sensors and monitors collecting more data for systems that will aggregate it into better information to allow managers and frontline folks make better decisions.”

“When I was at PepsiCo, we weren’t getting rid of people; we were eliminating the jobs that suck, that could lead to injury, or were just so boring or tedious that no one wanted them.”

“Companies shouldn’t necessarily be looking at automation as a way to cut labour costs, rather as a way to reduce or eliminate injuries, or free people up to do the work that adds real value to the business and customer,” Lewington says.

Though some jobs may simply suck, there are still people in those jobs who will be affected by the transformational change taking place across the sector. And change is never easy, whether it’s positive, negative, or somewhere in between.

“If you can teach people new skills and potentially elevate their pay rate accordingly, you’re upgrading your workforce for the opportunities that will emerge. Whether it’s troubleshooting lean manufacturing, total quality systems… these things make your workers more valuable for your own company, but it also adds to their résumés should they move on to other things. It’s really a value-added situation for everyone,” says Lewington.

He adds, “a small segment of the population is going to have a harder time adapting to the new realities of manufacturing; they might be displaced because they don’t have the skills to do something else. The idea of ‘general labour’ is disappearing, because everyone in the plant has to be oriented to quality and safety, and there’s an expectation of being able to interact with technology as a base.”

Going forward into 2020 and beyond, the road ahead is going to remain bumpy, but it’s going to be easier for manufacturers who realize there is more than one path forward.
According to both Lewington and Vanstone, Canadian companies have easier access to more markets than their American counterparts, and we need to take advantage of this position.

“If you’re looking only at Canada for growth, you’re going to have a much lower curve than you would if you were accessing some of these larger and rapidly growing markets via these agreements. Truly leveraging these international markets can be complex, and it might be costly at first, but you can figure those things out and there are a lot of supports available – both government and non-government.”

Roy Cook, President and CEO of Winnipeg-based Monarch Industries, says that his company is working to differentiate itself in an increasingly competitive and volatile market, and that includes new markets and new methods.

“Our workforce has changed to meet the technical demands, and we’ve had to continue responding – gladly, I might add – and it’s helped us gain some business.”

According to Cook, flexibility is the key to Monarch’s success today and into the future.
“We try to be flexible in how we tackle challenges and opportunities, so we’re not always operating in departmental silos,” Cook says. “How do we solve the problem, and how do we address the issue for whoever the customer might be?”

“It’s about letting our people do what they’re great at, and how we can best deploy all of our resources. It’s the flexibility that keeps the jobs interesting, provides good experiences, and keeps people excited about working in manufacturing.”