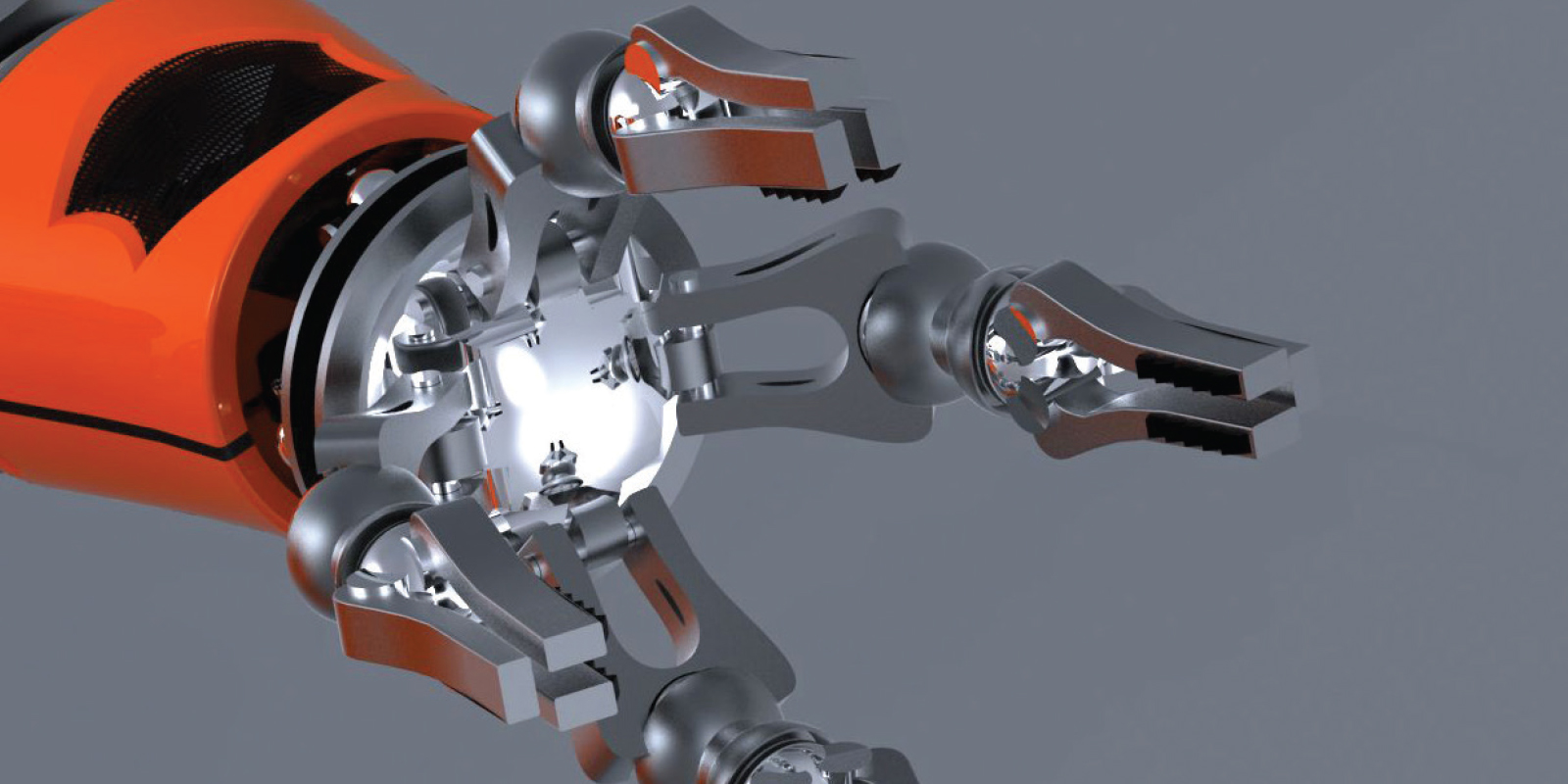 ​I was blown away this year by my visit to Hannover Messe. Thanks to the folks at Siemens Canada, I had the chance to spend a few days in April wandering around Germany’s annual industrial showcase, which attracts more than 200,000 attendees. I made it to most of the 27 halls on the exhibition grounds — many of them larger than football fields, full of the latest manufacturing technologies from around the world.

The sheer scale of the show is impressive. The technologies were pretty cool, too (especially the robots). There were robotic flying foxes, robots winning at ping pong, robots playing the piano, as well as ‘co-bots’ assembling cars. What really caught my attention, though, wasn’t the technology at all. It was the excitement of the hundreds of young people who were at the show as visitors, exhibitors, students, and seminar participants.

I spent a lot of time learning about many of the technologies on display from young engineers and technicians, girls and guys, who clearly enjoyed explaining — or, better yet, demonstrating— their products. Routinely, I nodded as if I completely understood what they were saying. Their enthusiasm was infectious.

I learned about how to use drones to construct a digital twin of factory layouts from a 24-year-old engineering student from Kiel University. I attended a seminar by a group of young operations specialists from around the world, where they were discussing priorities for automation based on the theory of constraints and basic lean principles. I overheard a group of young technicians from China arguing fiercely — in English — about optimal control architecture for discrete product automation. I became lost in the moment, looking at posters and prototypes developed by researchers from technical colleges, universities, and institutes. I enjoyed attending a Dragon’s Den contest where a 19-year-old engineering student from India was talking about how he used sensors to keep the grass green on Bayern Munich’s football pitch. On the last day of the fair, when it’s open to students to attend for free, you couldn’t get near the robots for the crowds.

It all got me thinking. First, it’s clear that advanced technologies like additive manufacturing, virtual and augmented reality, and — of course — robots, are making manufacturing cool again. We need to capitalize on that. Teaching science, technical, engineering, and mathematics skills are critically important. But, they are not the whole answer to building the manufacturing workforce of the future. We need to make sure that more technologies than Instagram play an important role in the educational experience of young people — gamification, virtual training, and makerspaces can help.

We should encourage the experiences of young people with manufacturing to be as positively impressive as possible. They should associate the industry with neat technologies, appealing working conditions, and modern, light, airy, and well-connected workplaces. We need to bring more students in to see what is actually going on in our plants and technology centres more often — and their parents, guidance councillors, and teachers should come with them. Role models are important. And, we need to celebrate the achievements of Canadian manufacturers on the world stage — like the three Prairie manufacturers I visited at the Hannover fair.

Another thing that hit home for me was how important work-integrated learning is for modern manufacturing. Practical, immersive, hands-on experience is still an essential asset, even with the increasing use of software, digital design, virtual reality, and artificial intelligence. Technologies can be designed for manufacturing, but they need to be developed further, tested, scaled, and integrated in a manufacturing operation if they are to be produced or applied successfully. Thinking and doing are both important skills to have. What I saw in Hannover showed me that those skills can be far more valuable when young people enthusiastically engage with the vision and values of a company they are proud to work for.

The business of manufacturing is all about solutions and problem solving — it’s not simply about getting a product out the door. The innovation embodied in the technologies on display in Hannover and in the way they can be used to develop new products and processes makes that perfectly clear. In exhibit after exhibit, the focus was on creating new ways of generating value. It was not about axing jobs. And, if there was ever any doubt about the potential that new technologies hold for high value, well-paying jobs in manufacturing and supporting services, the knowledge, interest, and enthusiasm expressed by young people at the fair should be cause for a great deal of optimism about the future.

If there are still concerns about where manufacturing is going, the potential negative impact of automation on jobs, or the continual problem of skills shortages, then maybe it’s an indication that manufacturers themselves do not see much future in their business. I’m amazed that, while industry surveys regularly find a large majority of Canadian manufacturers facing skills shortages, Statistics Canada reports that only 30 per cent regularly invest in employee training, and fewer than a quarter actively try to recruit skilled employees. The jobs of the future in advanced manufacturing are going to require the technical and business skills on display by young people at this year’s Hannover Messe. They won’t come cheaply or without effort. Their availability cannot be taken for granted.

Following my visit to Germany, I’m convinced that next-generation manufacturing won’t be as big a challenge as many people think. I’m far more worried about our generation’s ability to get us there.