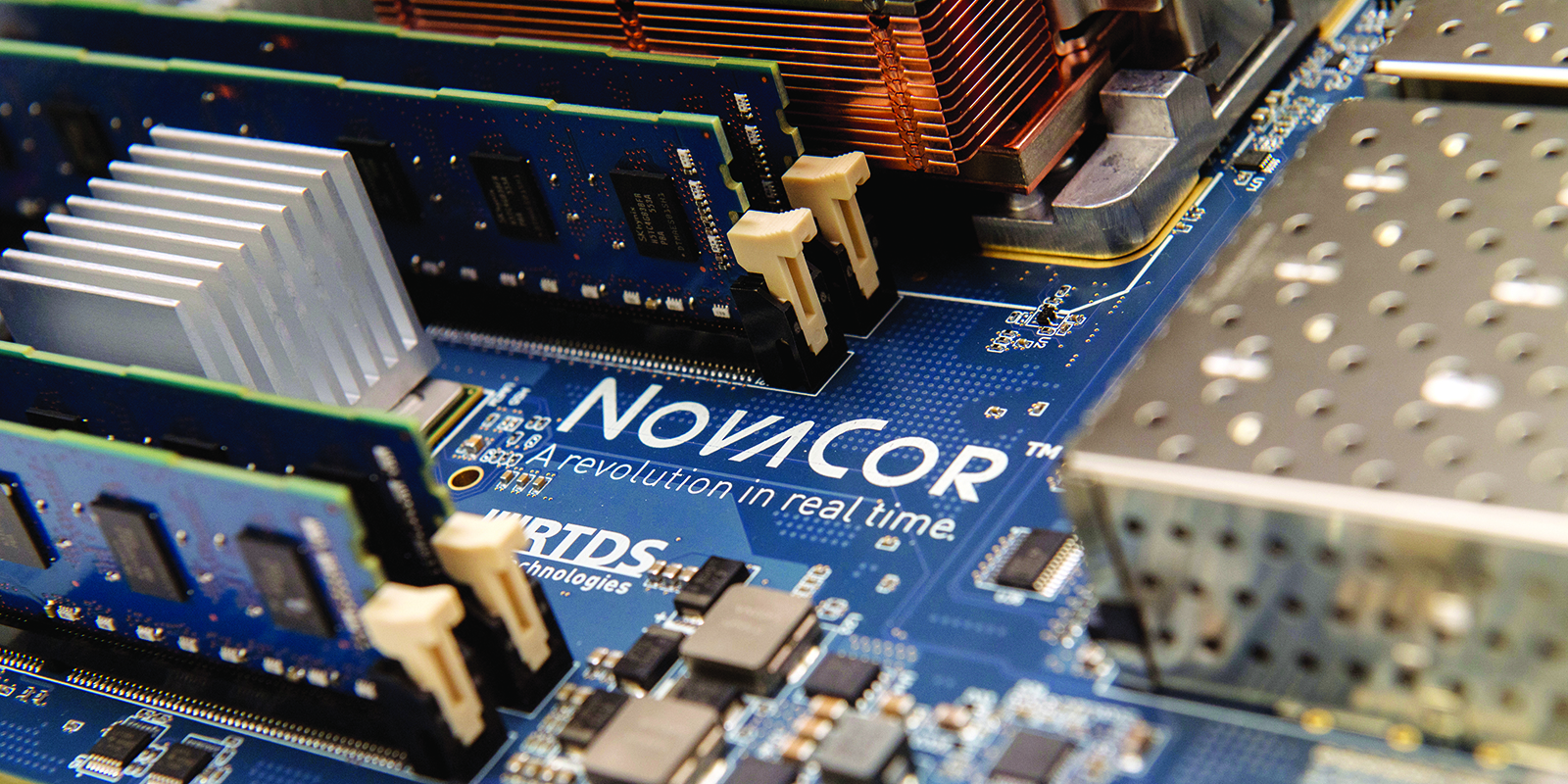 \With a population of only 1.34 million people, spread across a landmass more than two-and-a-half times the size of the entire United Kingdom, Manitoba does not exactly fit the mold of a global manufacturing hotbed.

Sure, the province has coastal access — albeit through the isolated Port of Churchill, which is in a deep freeze eight months of the year — and its capital, Winnipeg, is a short, 80-minute drive to one of the busiest commercial U.S. border crossings west of the Ambassador Bridge, but its isolation in the geographic centre of Canada, coupled with the fact it has no major resource development sector to serve as a catalyst, has stacked the odds against it.

Yet, Manitoba endures. Home to one of the most diversified regional economies in the country, Manitoba’s manufacturing base accounts for $19.8 billion in annual sales — a 23 per cent increase over a decade ago — as well as 61,700 jobs. That’s roughly one out of every 10 throughout the province. It also plays host to Canada’s third-largest aerospace sector, North America’s premier bus manufacturer, and an agricultural ecosystem that spans food processing to farm implements, including the nation’s last remaining tractor assembly plant.

If you jump in a car, however, you don’t need to drive far to see that Manitoba manufacturing is much more than the ‘usual suspects.’ In fact, it is leading the new manufacturing revolution — a hub for value-added innovation, technological advancement, global commerce, and industrial entrepreneurship.

Here are 15 local enterprises — some new, and some that have been around the block once or twice — that are leading the charge:

Unless you live in Barrhead, Alberta or Sault Ste. Marie, Ontario (where the company has two other Canadian production facilities), chances are not too many folks outside of Manitoba have heard of Pollard Banknote.

Listed on the TSX and still family-run since its inception, Pollard Banknote is the second-largest instant win lottery ticket printer on the continent. It services 60 lotteries worldwide, with 1,300 employees operating out of five locations — approximately 600 of which are headquartered in Winnipeg.

In 2018, the company made a couple of strategic acquisitions, including a ticket vending machine company, and is now working to expand its digital lottery ticket offering.

If you look at it the right way, Conviron can tell you a lot about how the Manitoba economy functions.

There is an obvious agricultural underpinning to the business’s target market: Agronomical research activities. Now in its sixth decade of operation, Conviron has developed specialized, niche technologies that facilitate optimized plant growth in controlled environments. Its equipment is used by agri-food companies and university-based scientists in 60 countries.

In 2013, Conviron acquired Argus Controlled Systems in Langley, B.C., which — as it turns out — has become a market leader in technology for the burgeoning cannabis industry.

This 40-year-old, third-generation Winnipeg footwear manufacturing business has few peers in the country. It had a brief growth spurt making boots for the Canadian Armed Forces last decade, but has successfully transitioned from work boots to casual wear, and now its 50 employees stitch and stamp out about 200 pairs of boots per day.

It is the largest company of its size in Western Canada and one of the only around using the ‘Goodyear welt process’ of sewing the upper materials to the sole rather than gluing.

Colleen Dyck could be the poster child for do-it-yourself entrepreneurialism in manufacturing.

From her family farm, the former triathlete designed an energy bar that worked best for her training. Then, her peers, neighbours, and many others started asking for it. Without originally intending to, it has grown into a thriving enterprise, and Dyck has become a charming advocate for women entrepreneurs across the country, as well as a rising star amongst a new crop of Manitoba food processors.

In 2016, Dyck was honoured with the Mompreneur Award of Excellence.

This is one of those companies that operates ‘below the radar’ locally, but punches above its weight class in the international arena.

RTDS stands for real-time digital simulator. In this case, RTDS makes specialized computer hardware and software that allows electrical power system operators to simulate system performance and interactions before, during, and after an electrical system event.

Developed by the Manitoba HVDC Research Centre in the early 1990s, the technology was licensed by the five engineer-partners who have created a highly specialized success story that now boasts 400 installations across 40 countries, with a staff of roughly 70 that has generated $500 million in revenue.

Its iconic headquarter building sits on stilts over a retention pond at the Smartpark on the University of Manitoba’s Fort Garry campus.

With its obvious advantages in proximity to the agriculture industry, there has been a long-standing recognition that there is a massive opportunity in Manitoba in the field of nutraceuticals and functional foods.

MSPrebiotic is an example of that potential. The company, founded by potato farmer brothers Earl and Derek McLaren, has developed a patented process to produce a natural digestion-resistant starch from locally grown potatoes.

MSPrebiotic, with the clever marketing tagline Healthy is a Gut Feeling, is a flavourless, single-ingredient prebiotic fibre supplement that leads to improved gut health, and is gluten-free, caffeine-free, and contains no GMOs.

Friesens has been successfully competing with global printing companies from Hong Kong to New York for more than 110 years.

The Altona-based business prints about 20 million books annually, including best-selling works such as the Harry Potter series and the beloved children’s classic Love You Forever by Robert Munsch.

Friesens is now entirely owned by its 600-plus employees. Constant investments in efficiency and diversification have propelled the company to nearly $100 million in revenue each year, including from relatively new sources such as school yearbooks.

Clearly, the death of the book has been greatly exaggerated.

Okay, okay — this one isn’t necessarily a manufacturer per se, but it does play a unique and mounting role in the sector.

In addition to operating as an economic development agency focused on growing start-ups, North Forge runs the largest fabrication lab in North America. The non-profit organization has built a workplace, open to all with a small membership fee, jammed with an array of 3D printing, laser-cutting, CNC, plasma-cutting, and vacuum-forming equipment that has become the breeding ground for future manufacturers and current prototyping.

This past October, North Forge received the Community of the Year Award from Startup Canada.

Canadian towns and cities may only buy approximately 600 fire trucks a year, but Fort Garry Fire Trucks makes sure it is in the bidding for each one, shipping about 125 annually.

The largest manufacturer of fire-fighting apparatus in the country, the 100-employee firm makes 20 different models, offering 5,000 different options. It has been in the business for a century, and will be here for plenty more after building a brand new, multimillion-dollar production facility five years ago.

Much has been made of French, triple-A video game maker Ubisoft’s decision to open a studio in Winnipeg. While it is only one of many it operates in roughly 30 countries, Ubisoft has been adamant that the choice of Winnipeg as its newest locale was because of a competitive need to access a stable, loyal workforce. It intends to hit 100 employees in five years, and believes its $35 million investment will form the bedrock for a growing game development industry in the province.

Ubisoft’s value-added products, created by transforming inputs using both digital and manual processes, is a significant departure in considering the traditional definition of what is and isn’t ‘manufacturing.’

Over the past 23 years, adventure enthusiast Milt Reimer has built what is now the largest global brand in snowmobile apparel. Most recently, FXR has also conquered the motocross world, with some of the top riders in North America now featuring the bold colour-block FXR designs that are incorporated into the most functional technical garments the sport has ever seen.

With several years of high, double-digit growth, and around $50 million in sales, FXR has embraced a ‘value comes home’ business model, whereby much of the production is migrated overseas, but where the high-value careers — from distribution and logistics control to marketing and management — remain local.

BeeMaid Honey has arguably attained the level of public awareness most successful consumer brands can only dream of. The Winnipeg-based Prairie producer co-op is the largest honey company in Canada.

With producer-members in all four western provinces, it runs its sales and marketing operation out of Winnipeg, where it also operates one of two packaging centres (the other in Spruce Grove, Alberta). In 2019, Bee Maid turns 65 years old and is now responsible for 30 per cent of all honey produced nationwide.

This locally-owned, private company could be one of Manitoba’s largest benefactors of the Comprehensive and Progressive Agreement for Trans-Pacific Partnership (CPTPP) that Canada has entered into with 10 other countries.

HyLife recently completed a $176 million expansion and renovation of its Neepawa pork plant, where it processes more than 1.75 million hogs per year. The investment was to ensure it will be able to produce the kind of fresh chilled pork cuts that are exploding in demand across Japan, China, Mexico, and South Korea.

Talk about flying amongst the clouds.

With a client list that spans 85 countries and includes industry giants like NASA, Raytheon, and Northrop Grumman, MicroPilot is a global pioneer in the development of autopilot systems for unmanned aerial vehicles (UAVs), or drones.

The company is situated on a 40-acre test facility a short, 30-minute drive from Winnipeg James Armstrong Richardson International Airport. This past June, MicroPilot announced it had received a $2 million contribution towards a $5 million project aimed at demonstrating a level of software reliability that allows regulators to permit UAVs to operate safely over populated cities and towns.

Bausch Health is Canada’s largest publicly-traded pharmaceutical company. Its 24-hour, five-day-a-week production facility in Steinbach is the company’s most expansive in North America, and is responsible for the manufacture of all its controlled-release products.

Each year, the facility produces and packages approximately 1.2 billion tablets or capsules of 12 different kinds of medications, which are sold worldwide to treat pain, high blood pressure, and depression.